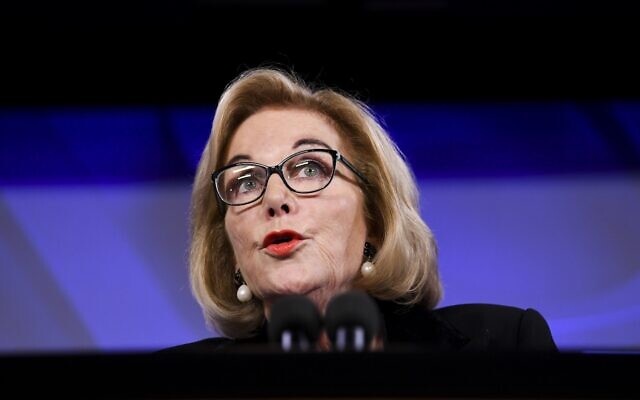 A “SENSATIONALISED and one-sided report” on Israel’s treatment of Palestinian youth in the West Bank “failed to provide adequate background”.

Accusations of “advocacy journalism” against a correspondent whose “record of political activism in support of the Palestinian side and “statements that she considers her professional role as a journalist to be a vehicle for advocacy” are on the public record.

Jewish children were subjected to antisemitic bullying from their classmates after watching a report with “emphasis of the Palestinian over the Israeli narrative” at school.

A Q+A panel discussing Israel’s May war with Hamas featuring two heavily pro-Palestinian voices and no countering pro-Israel guest from the Jewish community resulted in an “outpouring of undiluted and uncontested falsehoods and vitriol” towards the Jewish state.

These are all accusations levelled at the ABC over many years by Jewish communal bodies, who have lodged countless complaints with the national broadcaster with varying levels of success, which were all dealt with internally without transparency.

“As a strong supporter of the ABC, I am worried that complaints are not being seriously addressed and this is undermining the organisation,” government Senator Andrew Bragg said last Friday, in announcing an inquiry into the complaint handling systems of the national broadcaster.

“If mistakes are made, Australians expect the national broadcaster to swiftly resolve them. Having made extensive complaints myself, I am concerned this is not the case.”

Senator Bragg told The AJN this week, “There have been concerns raised over the ABC’s foreign reporting in the Middle East.

“It’s important that the ABC considers these complaints in a process which is clear, independent and timely.”

The inquiry comes after an announcement in October that the national broadcaster will conduct its own independent review of its complaints handling process, headed by former Commonwealth ombudsman John McMillan and ex-SBS and Ten executive Jim Carroll.

“This review is well underway and members of Parliament, including Senator Bragg, have already been interviewed as part of the review process,” ABC chair Ita Buttrose said in a statement asking the Senate to terminate or suspend its inquiry.

“Instead of respecting the integrity of this process, the Senate Committee under the leadership of Senator Bragg has decided to initiate a parallel process,” she lamented, saying it appeared to be “a blatant attempt to usurp the role of the ABC board and undermine the operational independence of the ABC”.

“This is an act of political interference designed to intimidate the ABC and mute its role as this country’s most trusted source of public interest journalism,” she continued.

“The ECAJ welcomes the Senate Inquiry, just as we welcomed the ABC’s inquiry, and we intend to make submissions to both,” he said.

“The dismissal of about 95 per cent of complaints made to the ABC under its current internal process is simply not credible, and the mounting public criticisms of that process, coming not only from the Jewish community but also from many other quarters, cannot be ignored.”

Wertheim agreed the ABC must remain independent of political interference, “But being independent is not the same thing as being a law unto itself,” he said.

“To be truly independent, the complaints process should be external to the organisation, as is the case in other sectors.”

Zionist Federation of Australia president Jeremy Leibler said the ABC complaints process “has excelled in absolving the ABC of wrongdoing”.

“The creation of the Senate inquiry demonstrates that the failures of the ABC complaints mechanism is being noticed far beyond the narrow concerns of interest groups,” he said.

“Its complaints mechanism, as it stands, appears designed only to admit specific factual errors, but not more nuanced breaches of its editorial code, such as presenting stories with obvious bias or devoid of important context.”

“We will be making submissions to both inquiries, arguing for, and demonstrating the need for, a long overdue external, independent complaints procedure for the ABC which may help restore its credibility, performance and standing, not least by ensuring its news coverage meets its statutory obligations to be “accurate and impartial”.

The Senate Committee will take submissions and hold public hearings in the coming months, with a report due by the end of February, 2022.

The ABC will release an issues paper shortly for its review before seeking public submissions. Its findings will be released in April 2022.