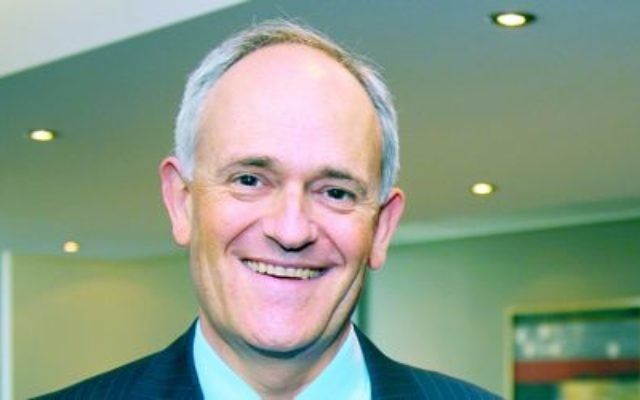 THE ABC has apologised for allowing anti-Semitic comments to remain on the Facebook page of one of its TV channels after the broadcast of a documentary about life in the West Bank.

The mea culpa came after the Executive Council of Australian Jewry (ECAJ) complained about the posts on the ABC2 page, which included a comparison of Israel with Nazis.

Slurs such as “the violence of the Israeli state”, the “facist [sic] Israeli government and their nazi-ish army” and “ethnic cleansing of Palestine” were posted after the documentary Five Broken Cameras was broadcast by ABC2 in August, and viewers were encouraged to air their opinions online.

One post exclaimed: “I was once puzzled as to why the Jews were disliked so much, but am now beginning to understand. They’re behaving like the Gestapo.”

Introducing the documentary, host Kristy Best openly admitted “it doesn’t attempt to tell both sides of the story”.

In a letter to ABC managing director Mark Scott, the ECAJ emphasised its complaint was not about the showing of Five Broken Cameras, “even though we strongly disagree with the bias, lack of context and balance in the documentary”.

Instead ECAJ reiterated a complaint from May, “about bias and imbalance in the ABC’s coverage of Israel over time”, and complained about its online hosting of anti-Semitic comments after the screening of the documentary.

In an investigative report, the broadcaster claimed it has been presenting “a range of perspectives … in a relevant timeframe” on the Israeli-Palestinian conflict. These included an interview with filmmaker Dror Moreh on his documentary The Gatekeepers about Israel’s Shin Bet security agency, and “the perspective of former Australian ambassador to Israel Ross Burns”.

But the ABC conceded the Facebook comments “should not have remained online … The comments have been removed and ABC Television apologise for the oversight.”

ECAJ executive director Peter Wertheim said the Jewish roof body “has a significant difference of opinion with the ABC about what the ABC considers to be ‘balanced’ coverage of Israel,” adding, “The overtly racist comments of viewers posted on the ABC website, for which the ABC has now apologised, may indeed represent the cumulative effect of the consistent negative coverage of Israel in the ABC’s news and current affairs programs, including the screening of Five Broken Cameras. The ECAJ intends to again raise these and other issues with the ABC.”