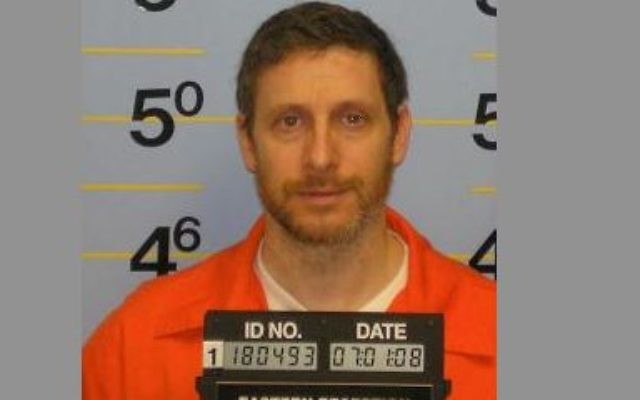 FORMER teacher at Yeshivah College, Melbourne, David Kramer was this week sentenced to three years and four months in prison, with a non-parole period of 18 months, after pleading guilty to five counts of indecent assault and an indecent act with a child under the age of 16.

Given time already served, however, Kramer could be released in as little as three months.

The American-born former primary school teacher is the first member of the Jewish community to be sent to prison in connection with the ongoing investigations into child abuse at various communal organisations.

His crimes were perpetrated against four students at Yeshivah College between 1989 and 1992.

Sentencing the 53-year-old on Wednesday morning, Judge Michael Bourke described his offences as “serious and unforgivable”.

Noting that Kramer had himself been a victim of child abuse, Judge Bourke also said that in passing sentence he had taken into account the fact that Kramer had participated in a rehabilitation program for sexual offenders, while in prison for serious child sex offences in Missouri, where he served four-and-a-half years of a seven-year sentence and was released in 2012.

Earlier in the proceedings, the court heard that Kramer had been spirited away by college authorities when parents of his victims had complained.

In delivering his sentence, the judge said it wasn’t his role to pass judgment on the conduct of the school.

The court also heard a psychological assessment of Kramer, which stated that the chances of his reoffending were “moderate to low”.

Ahead of the sentencing, Manny Waks, of Jewish victims’ support group Tzedek, choked back tears as he read out a statement on behalf of one of the students Kramer abused.

The victim claimed he was “murdered” as a child “metaphorically speaking”, and said he had suffered from “constant nightmares” and relentless bullying.

“My life was unbearable,” he wrote. “I was alone in the world.”

On learning that Kramer had reoffended in Missouri, the victim said that he called the school’s principal Rabbi Avrohom Glick and asked, “Why did you let this monster go?”

Describing Kramer as “a total fraud and a liar”, he added, “If you rob a life, you should get life.”

Speaking after the verdict, Waks praised the courage of the victims in the case for coming forward. “It demonstrates the prolonged impact of child sexual abuse into adult life. I’d like to thank and acknowledge the courageous victim for penning those very difficult experiences,” Waks said.

Waks said the Yeshivah Centre needed to be held to full account in the wake of revelations in court last week that Rabbi Glick knew that Kramer was sexually abusing boys at the school in the early 1990s and failed to report the incidents to police.

“At no stage have they showed any regard for the victims or the welfare of the victims.

“The Yeshivah Centre must today apologise unequivocally for the hurt and pain that they have inflicted.”

Principal of Yeshivah College, Rabbi Yehoshua Smukler told The AJN, “In relation to today’s sentencing of Mr David Kramer, a past teacher in Yeshivah College from 1989 to 1992, we are pleased that justice has now been served. We recognise that the effects of abuse are profound and we hope this sentencing will facilitate a degree of comfort and closure for the victims and their families. We would like to reiterate once again our unreserved apology for any historical wrongs that have occurred.

“We continue to offer support and counselling to anyone who feels this will be of benefit to them.

“Yeshivah College today employs absolute best practice and commitment to ensuring the safety of the most vulnerable members of our community – our children.

“Yeshivah sincerely regrets and unreservedly apologises for not informing the Police at the time the allegations arose. If any allegations were to arise today, they would be immediately reported to the Police and the relevant authorities.”

David Kramer was sentenced to three years and four months in prison after pleading guilty to five counts of indecent assault and an indecent act with a child under the age of 16.