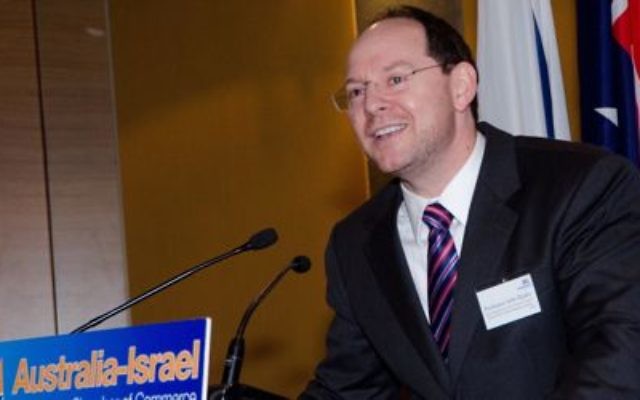 DESPITE calls for its cancellation, the University of Sydney’s Israel Research Forum went ahead as scheduled on Monday, with local experts and Israeli scholars exchanging ideas on everything from water scarcity to tissue regeneration.

Titled “Shared Challenges, Future Solutions”, the event marked the first time the university hosted an official gathering between its academics and those from Israeli institutions to discuss research innovations and possible collaborations.

However, not everyone approved. Associate Professor Jake Lynch, director of the university’s Centre for Peace and Conflict Studies, had earlier campaigned to have the event cancelled, arguing it could offend the university’s Muslim undergraduates.

In a letter to the university’s deputy vice-chancellor, Professor John Hearn, Prof Lynch cited a number of concerns – including the lack of Palestinian representation and the risk of the university being seen as “condoning patterns of discrimination within Israel, and the complicity by Israeli academia with Israel’s illegal military occupation”.

He also said the event may conflict with the university’s social-inclusion agenda.

“It may potentially cause reputational damage to the university,” Prof Lynch wrote in the letter, which also included 19 signatures from other university staff.

Ultimately, however, the university’s administration decided to proceed with the event “in the interests of academic freedom”.

The university’s physiology professor Rebecca Mason, who co-convened the event with biblical studies professor Suzanne Rutland, said the forum was critical in allowing academics to create research links with their counterparts in Israel.

Ultimately, Prof Mason believes such collaborations could offer solutions to some of the countries’ shared challenges, such as the need for alternative energy and medical problems like Alzheimer’s, disease and diabetes.

The team, working in collaboration with Professor Dan Gazit of the Hebrew University of Jerusalem, has already shown blood-forming cells respond favourably to being grown on an elastic bed or “nano-mattress”. The research could potentially be used to treat diseases that affect the heart, joints, bones and immune systems.

The second grant was awarded to the team headed by Hebrew University’s Professor Yehudit Bergman, who is working with University of Sydney’s Professor Jacob George to identify factors for liver regeneration.

The awards were announced at the Israel Research Forum dinner hosted by the Australia-Israel Chamber of Commerce on Monday.