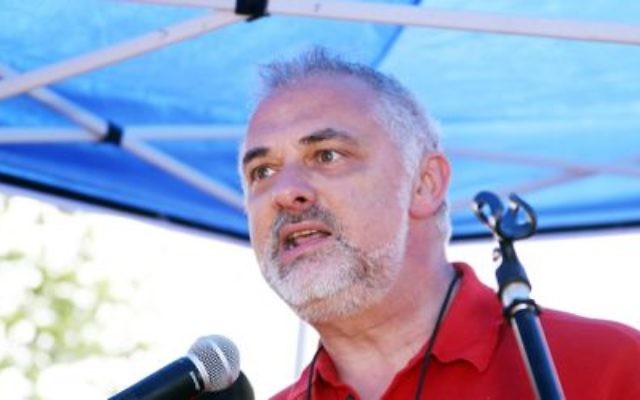 A MOTION condemning the Australia Jewish Democratic Society’s (AJDS) boycott of products made in Israeli settlements was passed with an overwhelming majority at a Jewish Community Council of Victoria (JCCV) plenum on Monday night.

The JCCV executive had previously discussed whether or not to disaffiliate the AJDS, but opted instead to draft an undertaking, effectively barring the AJDS from using its affiliation with the Victorian roof body to promote controversial campaigns and policies. The agreement was signed by both parties prior to the plenum.

Tatarka’s resolution was comprised of four points including that “the JCCV plenum completely disassociates itself from the policy recently announced by the AJDS” and that it “deplores and condemns that policy on the basis that it is repugnant to the basic policies and principles of the JCCV and the Executive Council of Australian Jewry”.

Despite receiving the vast majority of affiliate delegate votes, there was opposition from representatives of the AJDS, the Jewish Labor Bund and the Jewish Ecological Coalition, while Rabbi Jonathan Keren-Black of the Leo Baeck Centre took to the floor to implore delegates to vote no.

JCCV executive director David Marlow said the robust debate was indicative of the roof body’s inclusive ethos. “This was freedom of speech in action where people of diverse views stated their opinions, and the majority were able to make a clear statement of their views regarding the AJDS boycott,” Marlow said.

“The outcome of last night’s meeting of the JCCV plenum … is a clear indication of this community’s support of Israel and its citizens no matter where they live,” Tatarka said.

But Jordy Silverstein, a member of the AJDS executive, said minority views shouldn’t be dissuaded. “It was disappointing the motion was moved but it wasn’t surprising,” Silverstein said. “These minority views, which are held by a substantial minority, need to be supported and we need to not condemn people for speaking differently.”