OPPOSITION Leader Anthony Albanese has condemned a series of images – including one of Treasurer Josh Frydenberg mocked up in an SS uniform – that appeared on a Labor branch’s Facebook page.

The image of Frydenberg on the Balmain Labor (NSW) page, which is listed as “the official page of the Australian Labor Party Balmain branch”, appeared with the caption “Bogan’s Heroes” on March 4. 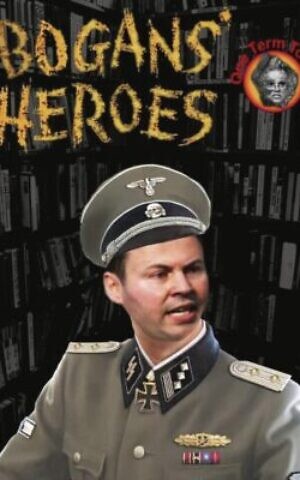 Contacted by The AJN, Albanese said, “These images are deeply offensive and I condemn them unreservedly.”

According to the Daily Telegraph, Albanese has over the years given speeches and attended events at the branch.

NSW Jewish Board of Deputies CEO Darren Bark commented, “To photoshop an image of our country’s first Jewish Treasurer wearing a Nazi uniform is sickening, tasteless and beyond offensive.

“The fact that this image was posted on an official Facebook page of a NSW Labor branch is particularly concerning, and we seek an assurance from the Labor Party that no position holder or branch member was responsible for this post.

“Given the number of young people who use social media, we urge those responsible for creating the image to reflect on their hurtful actions, and to ensure their posts moving forward are in line with Australian values.”

A NSW Labor spokesperson said the images “should not have been posted”.

“This is not an official Australian Labor Party page and its content is not authorised or endorsed by Labor, ” the spokesperson added.

The Balmain Labor Facebook page was no longer online when The AJN looked this week.

It was also revealed this week that vile antisemitic comments have been posted on the Treasurer’s Facebook page.

Speaking to 2GB radio host Ben Fordham on Tuesday, the Prime Minister condemned one such comment that said, “The world would have been a better place if your grandparents never survived the Holocaust.”

“Josh is a dear friend of mine. I spent Passover with Josh and his family, and I went to the local synagogue there with him,” he said.

“And I grew up with many Jewish friends and families, and have a deep connection with them.

“This sort of thing has no place in Australia, it is deeply disturbing and it is not the view of Australians. This is a minority of people whose intolerance knows no bounds.”

“It’s therefore not a good look for an aspiring politician, especially one whose campaign focuses on personal integrity, to be associated with the circulation of this material,” he said.

Anti-Defamation Commission chairman Dvir Abramovich called the post “beyond offensive and beyond obscene”.

“Though Ms Ryan has apologised, people thinking about her judgement would rightly ask what kind of person, especially a candidate for political office, thinks that a brutal tyrant whose satanic ideology led to the Final Solution can be compared to Trump,” he said.

A spokesperson for Ryan said the post “was a poor attempt at humour” and that she is “deeply regretful of any hurt that she has caused”.

“It was clearly intended to make fun of Trump and his own hyperbolic claims about his book,” the spokesperson said.

“Dr Ryan is deeply sorry to anyone who is offended by her misguided attempts at humour.”

The spokesperson added that Ryan “rejects any attempts by the media to use this post for cheap political gain by inferring that she is in any way antisemitic”.