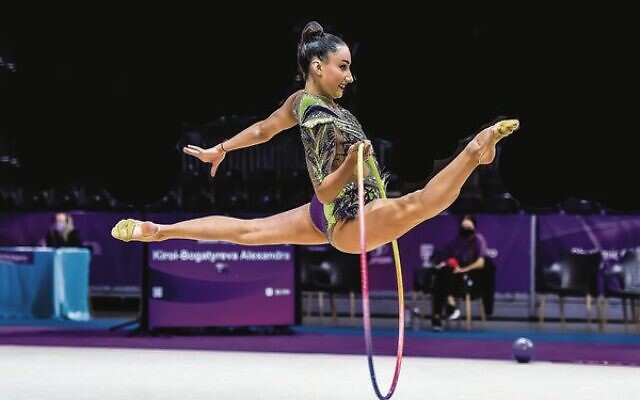 “IT was a very long and difficult journey, overcoming a lot of mental blocks and physical challenges … but I’ve come a long way!” is how 19-year-old Melburnian and 2018 dual Commonwealth Games bronze medalist Alexandra Kiroi-Bogatyreva describes her past three months.

Having narrowly missed out on qualifying for the Tokyo Olympics in rhythmic gymnastics earlier this year, she showed tremendous resilience and determination by choosing to focus on what she could do to bounce back at the highest level in her chosen sport.

With Gymnastics Australia opting not to send an Australian team to overseas gymnastics tournaments for the remainder of this year, but allowing individual athletes to travel at their own risk and expense to do so, the former King David School student – with the backing of her family, Russian-based coach and mentor Anastasia Mishenina, and others – decided to travel to Europe in August to prepare for the Romania World Challenge Cup.

It was a brave call, and she made it count. 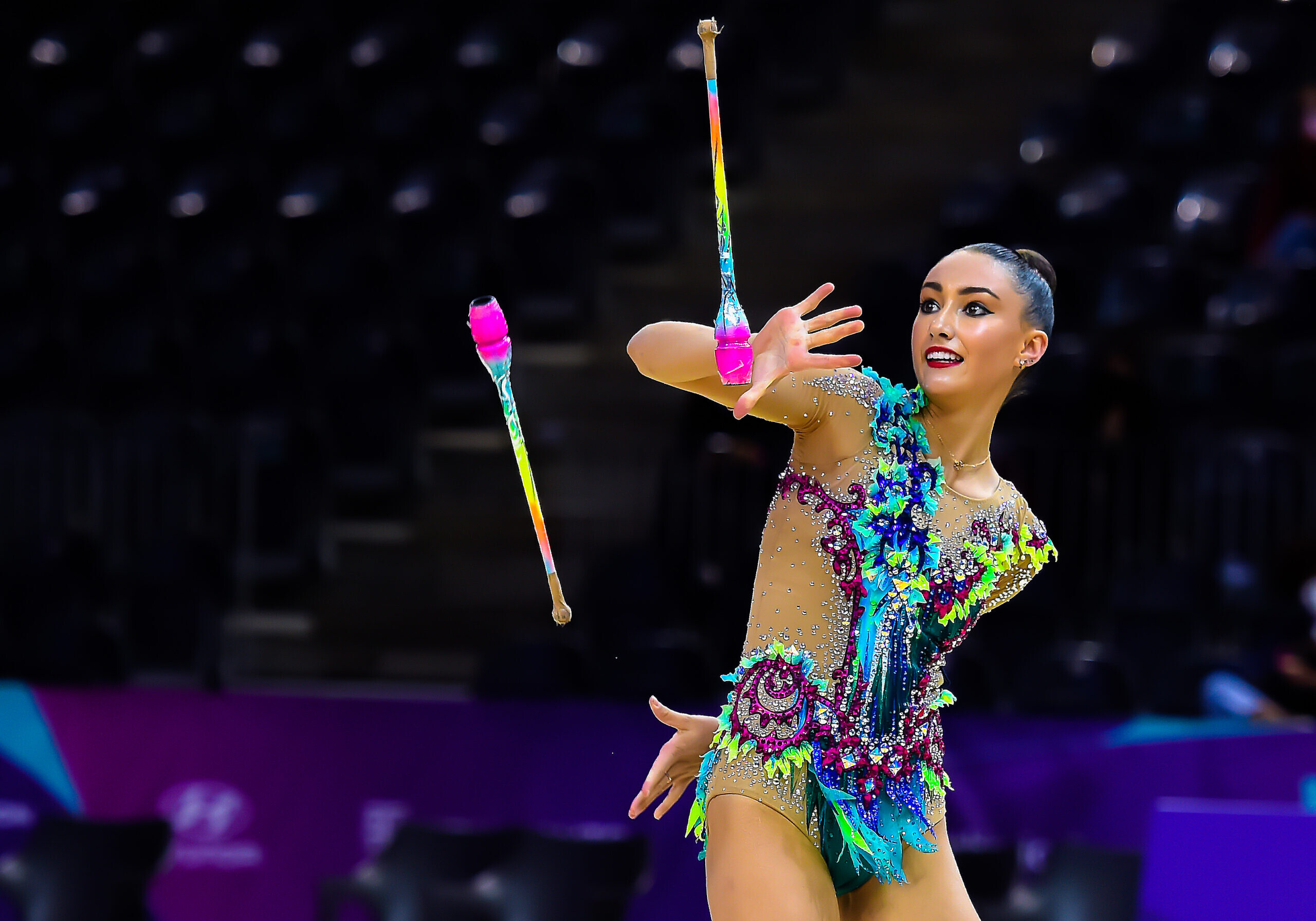 Kiroi-Bogatyreva told The AJN on Monday that although travelling to the other side of the world and living alone for months, “was definitely not easy” – especially while juggling first-year law degree studies at Monash University – she returned feeling “very lucky to participate at international events, and beat my personal records”.

The talented teen excelled at the mid-October tournament that featured 27 international gymnasts, posting two PB scores, and placed 14th in All-Around, 12th in hoops, 13th in ball, 14th in ribbon, and 17th in clubs.

On social media after those performances, Kiroi-Bogatyreva wrote, “we compete, we conquer, we grow”, adding she was pleased to have posted the highest Australian score of 22.7 for a hoops routine at an international meet, “but more than that, I am happy to have an opportunity to compete, and I am getting stronger and reaching new heights. Thanks to everyone who is with me on my rhythmic gymnastics journey”.

Kiroi-Bogatyreva also earned selection for the 2021 world championships in Kitakyshu, Japan, which concluded on October 31, where, against the world’s best, her highest placing was an impressive 29th in a field of 63 in hoops.

She also came 36th in All-Around, and importantly, finished as the highest-placed athlete out of the Commonwealth countries, while also improving her world ranking.

Kiroi-Bogatyreva summed up her overseas experience and results this way upon her return to Melbourne earlier this month just in time to sit for her end-of-year university exams: “It was a great step ahead of the 2022 Commonwealth Games! And I’ve met new, amazing people and saw a lot of old friends.” 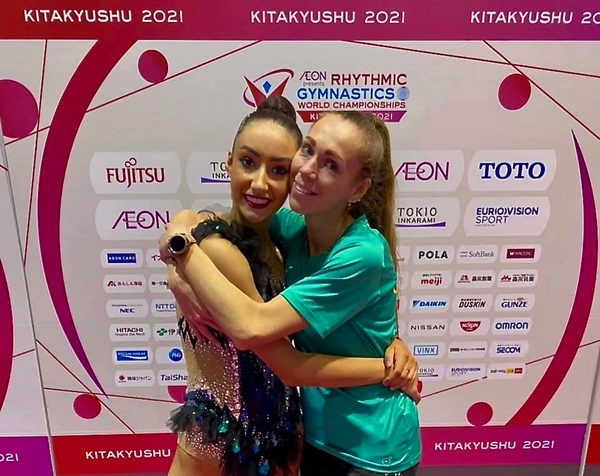 Alexandra Kiroi-Bogatyreva with coach Anastasia Mishenina at the 2021 World Championships in Japan.