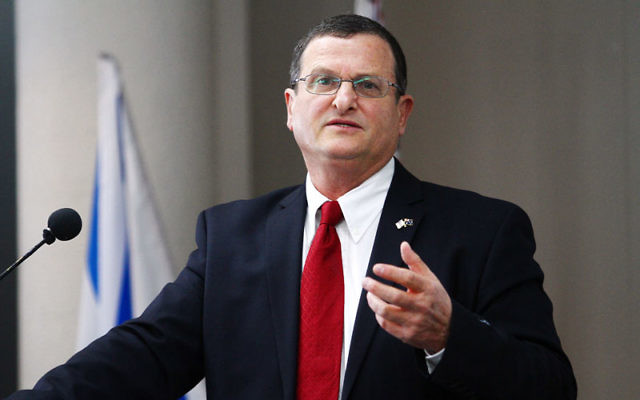 AS rockets rained down on Israel this week, the country’s Ambassador to Australia voiced fears for his wife and children still in the Jewish State.

Speaking to The AJN on Wednesday, Shmuel Ben-Shmuel said, “The feeling is not great since I am here and the family is in Tel Aviv.

“They hear the sirens as Israel is being bombarded by rockets from Gaza aimed at the destruction of property and killing innocent men, women and children.

“I speak with them but of course it is very difficult being in Australia since they are under attack.”

Reflecting on the fact that Jerusalem was also now being targeted, Ben-Shmuel said, “There was an attempt in the last conflict to launch towards that area, but now two years later they have better rockets with a larger range and that poses a major problem.

Addressing the aims of Operation Protective Edge, he added, “If we weaken Hamas by attacking their base, leaders and infrastructure, then it will weaken them and deter them in the months to come, but we don’t have any illusion that they will disappear.

“We must do our best to deter and hit Hamas and other terrorist organisations in the Gaza district to make sure that peace and quiet come back to our land.”