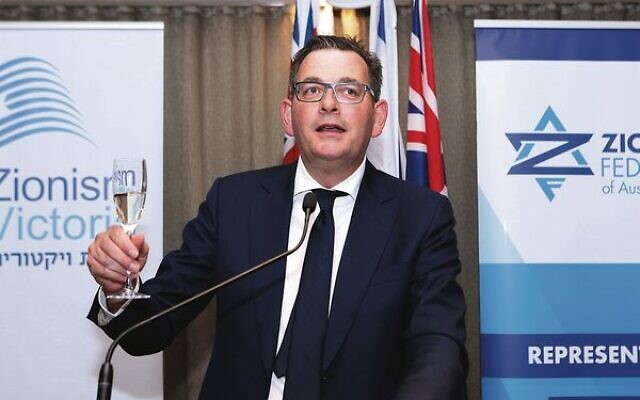 The committee’s focus will be on ensuring laws give all multicultural and faith communities the ability to contribute to the state, free from discrimination.

This proposed committee will be made up of legal experts, community and faith leaders and will look at legislation through a cultural and religious lens, and an expression of interest process will be open to all members of the Victorian community.

President of the Jewish Community Council of Victoria (JCCV) Daniel Aghion said that the JCCV is “excited by the announcement of a new multicultural and multifaith committee to advise the Attorney-General on law reform.”

He added that this announcement and pledge stems from the JCCV’s participation in the “highly successful” consultative process to ban Nazi symbols.

“It is good to see the model rolled out more broadly,” he said.

An Andrews government has also pledged to strengthen the Racial and Religious Tolerance Act to make it easier to prosecute any individual who incites hatred or bigotry based on someone’s religion, race or ethnicity.

Attorney-General Jaclyn Symes explained, “Recent events have shown the Racial and Religious Tolerance Act does not do enough to protect Victorians from multicultural backgrounds.”

Aghion told The AJN that the JCCV agrees with the Premier and Attorney-General “that the Racial and Religious Tolerance Act should be strengthened,” and “A review of the Act is long overdue.”

“Despite the racial hatred and antisemitism that is sadly present in daily life, it is telling that in 20 years less than a handful of race hate prosecutions have been brought and only one for antisemitic conduct,” he said.

Andrews said these announcements help to “strengthen the work we can do to make sure no Victorian ever has to face this kind of vile and disgusting behaviour.”