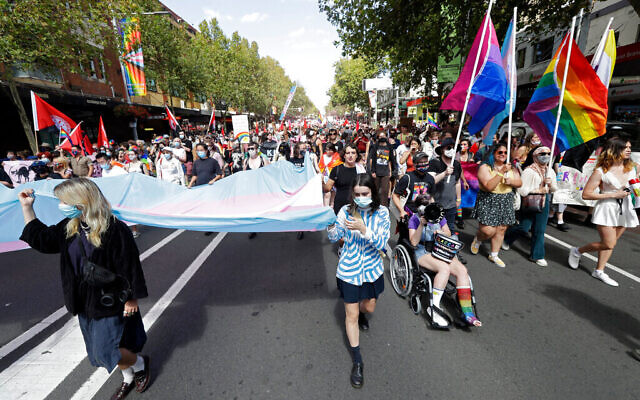 THE Melbourne Queer Film Festival (MQFF) has been shaken by a row over “pinkwashing” — accusations that the event was promoting Israel’s progressive treatment of sexual minorities as a way of diverting attention from its conflict with the Palestinians.

Activists had called for the cancellation of a screening of an Israeli movie and called for the festival to adopt a Boycott, Divestment, Sanctions (BDS) platform, putting an end to the featuring of Israeli films at the event.

The allegations began earlier this month, with Palestinian activists claiming the festival was seeking to promote “an image of Israel as a queer-friendly idyll, and Palestinians as inherently intolerant and backward people”.

The claim initially stemmed from a screening of Israeli film Sublet as part of MQFF Together, a smaller festival held in March.

“I went through the whole program and [there was] not a single film from Africa or the Swana region,” writer, filmmaker and community organiser Muhib Nabulsi told VICE. “It was then that I noticed that there was this film by Israeli director Eytan Fox, whose films are held up in academic literature, and by activists, as some of the most prominent examples of pinkwashing.”

Earlier this year, Fox told The Times of Israel that he was aware of the accusations.

But the most recent protests have focused on the planned screening of Israeli director Adam Kalderon’s The Swimmer, with activists calling for the event to be cancelled.

Organisers of the festival said they would not be cancelling the screening, but that they “can do better” in diversifying the content chosen.

They also noted that the festival would be screening Palestinian short film Borekas.

“We recognise that we won’t always get this mix of diversity right for everyone in our community,” organisers said in a statement.

“Melbourne Queer Film Festival has recognised that whilst our program is diverse, we can do better in making sure that the diversity of these stories is being seen by our communities,” the statement read.

“We also look forward to seeing further stories from the State of Palestine, or that depict the stories of LGBTIQ+ Palestinians, at MQFF,” they said.

Additionally, the organisers said that an adoption of BDS would go against their mission “to change lives through the experience of shared stories”.

Dvir Abramovich, chairman of the Anti-Defamation Commission, said what these activists were attempting to do was “to distort Israel’s proud record and accomplishments on LGBTIQA+ issues to pummel the Jewish state and portray it as a racist, apartheid state”.

“Ask yourselves, when was the last time you saw a Gay Pride Parade in the West Bank or Gaza? The treatment of gays, women and ethnic minorities in Israel is a thousand times better than in any country in the Middle East or by the Palestinian Authority and Hamas,” Abramovich told The AJN.

“Israel is without a doubt one of the gay friendly countries in the world, and by any measure, can be justifiably proud of its safeguarding of civil, racial and sexual rights. Openly gay soldiers serve in the IDF and in senior government and private sector positions, and same sex relationships and same sex adoptions are allowed.”

He added, “The PA issues the death penalty for homosexuals who are often brutally beaten and tortured by its security forces and it’s no wonder that Palestinian gay men have sought refuge in Israel.”