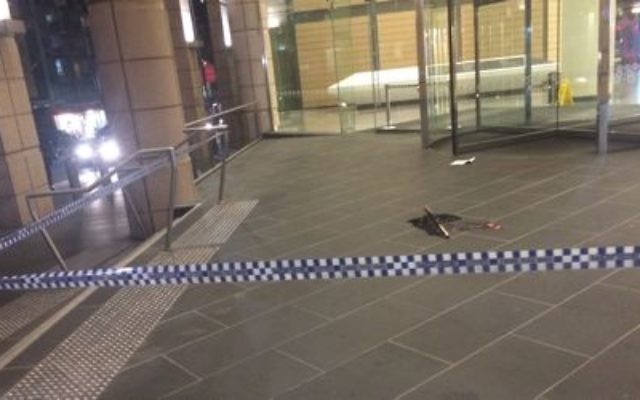 THE Australasian Union of Jewish Students (AUJS) has condemned the burning of an Australian and Israeli flag outside the Melbourne office of the Department of Foreign Affairs and Trade (DFAT), by students believed to be from the Socialist Alternative.

Reports say the protesters, who stole the Australian flag from a government office, were arrested and now face charges including theft of the flag.

“The storming of a government office, theft of goods, and burning of flags is a disgusting and unacceptable act,” AUJS Political Affairs Director Matthew Lesh said.

“These types of acts serve to show how extremist and disconnected the Socialist Alternative is from civilised political debate or peaceful solutions.”

Jewish students have voiced their concern about the nature of ongoing attacks on Israel and anti-Semitic behaviour from extremist students.

“These types of acts from Students for Palestine do nothing to solve issues in the Middle East but instead serve to alienate Jewish students on campus,” Lesh added.