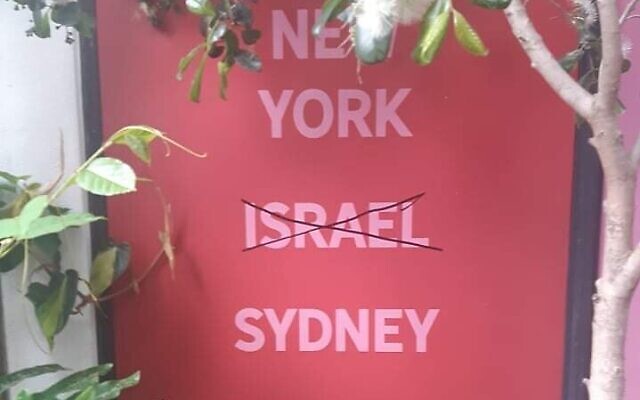 VANDALS in Queensland have targeted Israeli gelato chain Anita by crossing the Jewish State out of a list of locations the popular ice cream chain is sold in.

The AJN has obtained images of the graffiti, in which Israel appears crossed out and spray-painted over.

The vandalism occurred at Anita’s soon-to-be-opened store in West Village. It is the first time the chain has opened a store in Queensland. 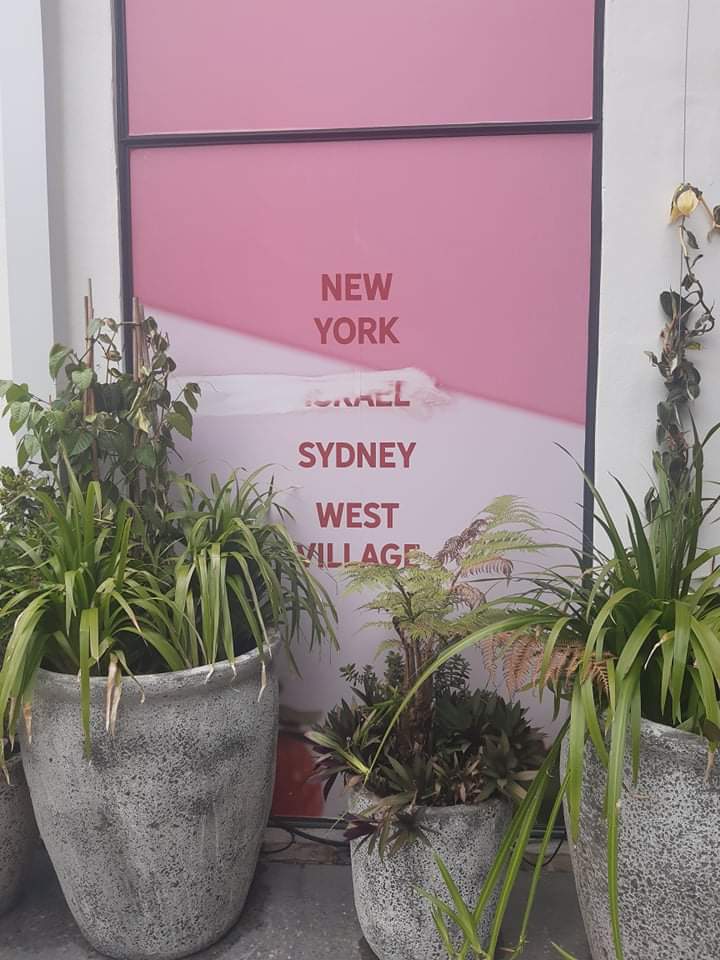 Condemning the incident, Anti-Defamation Commission chairman Dvir Abramovich told The AJN on Thursday, “The BDS and anti-Zionist activists are on the march again, peddling their divisive ideology and trying to cancel any business that is associated with Israel.”

Noting, “Such incidents contribute to a climate of hostility that ripens the ground for violence against anyone who supports Israel,” Abramovich added, “To the person who defaced the signs: we will not be intimidated by your evil actions and will never cower.

“The ADC stands in solidarity with Anita Gelato and calls on political and religious leaders to declare in one voice that such vile acts will not be tolerated in Queensland and in our nation.”

Meanwhile, the words “9/11 Jews did it” were yesterday discovered scrawled over a St Vincent’s Hospital sign in Sydney’s Darlinghurst.