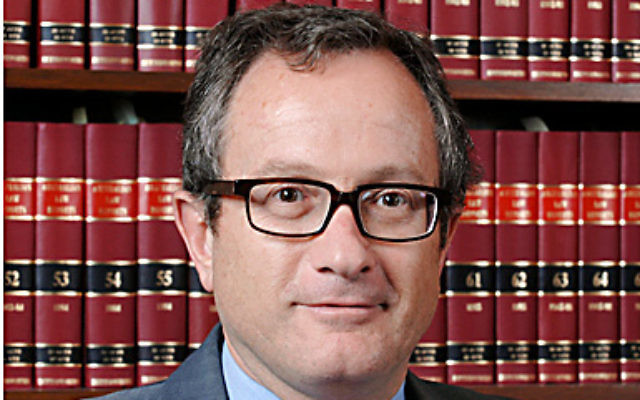 David Knoll, from the NSW JBOD, assisted in bringing a new Jewish burial ground in Sutherland to fruition.

THE resurgence of anti-Semitism was listed as one of the main challenges facing multicultural Australia at the Federation of Ethnic Communities’ Councils of Australia conference in Sydney recently.

A wide array of presenters, representing a range of diverse communities, were joined by politicians and academics to tackle many of the issues currently facing Australian multiculturalism.

Anti-Semitism was identified as “a major threat to Australia’s social fabric” in an address by Ethnic Communities’ Council of NSW chairman Peter Doukas, who also counted opposing changes to Section 18C of the Racial Discrimination Act as a significant achievement.

“It was an explicit identification that it’s not just a Jewish issue, it’s an issue for all Australians,” Knoll told The AJN.

“For a leader of ethnic communities to come out and say it’s an issue for all of us is very important.”

Knoll himself was part of a panel discussing “40 years of the Racial Discrimination Act – Are We Still Protected?”

“The many leaders of our diverse cultural, ethnic and religious communities present here must accept responsibility to make the goals of the RDA a reality,” he told those present.

“If we reach out across our cultural, social and religious boundaries, then we practise, and not just talk about multiculturalism. We reinforce the noble goals of the RDA when we lead by example.”

Lacey, speaking on a panel entitled “Multiculturalism: A Defining Characteristic of Australia?” recounted arriving in Australia as a refugee from Europe and facing exclusion while dealing with the horrors of losing 29 family members in the Holocaust.

“My fear of racism and its terrifying consequences has been the motivating force and inspiration for my interfaith work and my lifelong fight against racism,” Lacey said.