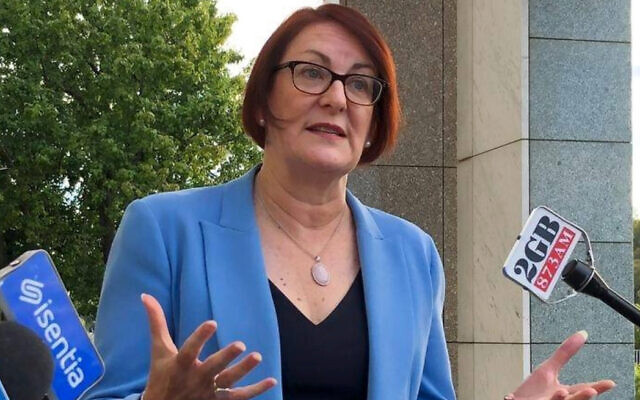 Responding to a motion by Member for Berowra Julian Leeser calling on the government to reverse its decision to no longer recognise west Jerusalem as the capital of Israel and apologise for the way it was announced, Member for Macquarie Templeman spoke of her respect for both the Jewish community and Palestinian people, but accused Israel of segregation.

“I think it’s in everyone’s interests – particularly those who are suffering the consequences of a system that divides and segregates people depending on whether they’re Jewish or Muslim – that we retain the context in which comments are made,” she said.

“I support our decision on west Jerusalem, and lest there be any doubt let me restate: we support the recognition and right of Israel and Palestine to exist as two states within secure and internationally recognised borders.”

She said the manner in which Labor handled the issue of west Jerusalem was unfortunate because “it heaped additional distress onto a community that is grappling with rising levels of antisemitism”.

“I grew up in Zambia when apartheid was in full swing. Even as a child, I knew full well what it meant for millions of people with the same skin colour as me. I rile at descriptors of Israel in that light,” she said.

“That Israel has thrived with so much stacked against it … is testament to its culture of innovation. It offers us in Australia the blueprint of how to do more with less.”

Zionist Federation of Australia president Jeremy Leibler said, “It’s hard to believe these two speeches came from the same party. Dr Ananda-Rajah showed empathy and understanding, even while she reiterated her party’s position. Ms Templeman displayed ignorance or malice – if not both – in her appalling lies about segregation of Jews and Muslims. You’d think that, when it is choosing people to defend its policies, Labor would pick people who are willing to be guided by the truth.”

Member for Wentworth Allegra Spender supported the motion to reverse the government’s decision, which left her “deeply disappointed”.

“My community understands more than many the damage that this ongoing conflict has done and the important role that Australia must play in creating a peaceful future,” she said.