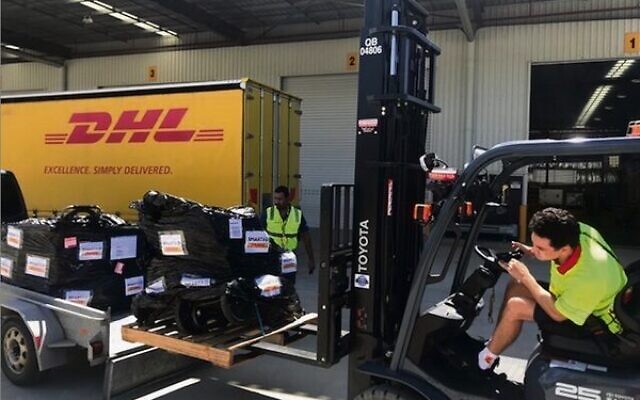 SmartAID is continuing to break ground in utilising tech-sector solutions to provide immediate and ongoing humanitarian relief, and has launched a new appeal to develop ways to continue to assist flood-impacted Australians.

SmartAID International’s founding director Shachar Zahavi, who is based in Israel, told The AJN that the aim of SmartAID – established seven years ago as an Australian-Israeli charity – is to be a very practical, “hands-on” not-for-profit organisation specialising in integrating technology and innovative solutions from both nations, to directly help communities impacted by humanitarian catastrophes and natural disasters.

He explained the way this is achieved is through donations and input from corporate partners in the innovation and technology space, and particularly the young professionals driving that sector.

“That young generation of tech-savvy professionals from their 20s to mid-40s – including Jews who are seeking to practise tikkun olam [repairing the world] through providing innovative solutions – is the demographic we’re reaching out to,” Zahavi said.

“This is a whole new concept in the humanitarian sector – within the Jewish world, but also the broader community – in that it focuses entirely on technological solutions.”

“And I can tell you that this approach has a lot of advantages, not only for helping people impacted directly by events like cyclones, earthquakes, bushfires and floods, but also by assisting the big charitable organisations at the scene to fill any gaps, for when they face situations that can significantly hamper their operations, like running out of power, or water.

“There is much potential ahead, because Australia has already become a technological hub in the Oceania/Southeast Asia region.” 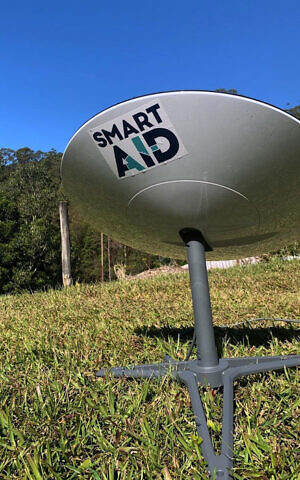 Some examples of ways SmartAID has provided assistance in Australia so far – initially during the bushfire disaster in 2020/21, and then the devastating floods in northern NSW in February this year – include providing wi-fi satellite dishes, installing solar-powered generators, and partnering with Karcher to provide charities and local businesses in Lismore with pressure cleaners for clean-up operations.

The charity is currently providing vital aid to people in need in African nations, and in Ukraine.

“Almost the whole of Lismore was underwater due to those floods, and nine months on, many people there are still living in caravans or temporary accommodation,” Gold said.

“I was talking to a lady from Lismore just last week in that situation, and she said she’d lost her house, and had no home insurance.

“We’re providing her with rooftop solar panels, to help reduce her power bills, and we’ve also recently provided Karcher cleaning equipment for use, firstly in Ballina and later in Lismore, by a local volunteer group.

“We found that the Karcher cleaning equipment was used very effectively in an earlier disaster relief operation we were involved with in Tonga.

“We are the only Israeli non-government organisation based in Sydney that is able to raise funds in Australia for [aid for] any disaster anywhere in the world, and provide an Australian donation tax receipt.”

Zahavi and Gold said SmartAID is now looking at developing the means to assist communities currently impacted by the latest floods in NSW’s central west, which have devastated towns such as Forbes and Eugowra, and as far west as Condobolin.

“With the latest floods in the NSW central west, we’re in the process of finding out ways to best assist those communities, so we’ve launched an appeal to reach out to Australian companies, donors, and professionals in the tech-sector,” Zahavi said.