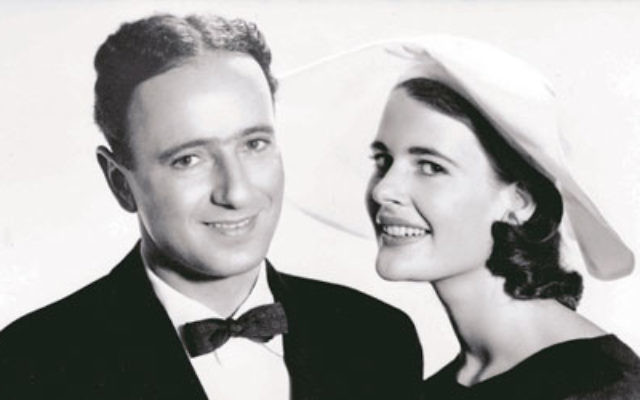 THERE is a delightful happy snap in A Singular Vision: Harry Seidler, the new biography by award-winning Sydney author and journalist Helen O’Neill. Taken in Vienna in 1937, it shows her subject, cute in lederhosen, with the bicycle he got for his bar mitzvah the previous year.

Seidler loved that bike. The rest was a pain. “It meant nothing to me,” the internationally acclaimed architect later recalled of the Hebrew he had been obliged to learn.

On October 20, Seidler was back in the spotlight when ABC-TV marked the 40th anniversary of the Sydney Opera House by screening Autopsy On A Dream, the recently rediscovered 1968 BBC documentary by Australian filmmaker John Weiley.

The timing of the film – which traces the long, tortuous birth of Danish architect Jorn Utzon’s masterwork – was perfect for the Opera House celebrations. And it also was a timely taster for the book, A Singular Vision.

Throughout the bitter controversies that engulfed Utzon during the construction of his now World Heritage-listed marvel at Bennelong Point, the Dane’s most passionate champion had been Seidler. And the dapper Jewish architect – no stranger to controversy himself – was in robust form for Autopsy On A Dream.

To see and hear Seidler in his prime was a poignant reminder of the icon described by O’Neill as “the most high-profile architect Australia has ever produced”. Seidler died in 2006 at the age of 82 following a stroke.

Now with A Singular Vision, O’Neill has breathed fresh life into Seidler’s legacy. Fittingly, the hardback volume is elegantly designed and its images include many of Seidler and his buildings by his favourite photographer, Max Dupain.

Like the photographs, the text is sharp and illuminating. Thanks to Seidler’s widow Penelope “for starting this ball rolling”, O’Neill had access to family and Seidler & Associates records, and her deft blending of the personal and professional has ample appeal for both the architecture world and general readers.

“Harry Seidler lived for his work and for the ideals of modernism,” writes O’Neill. That pure passion – fed by mentors including Bauhaus School founder Walter Gropius and Brazil’s “Picasso of concrete”, Oscar Niemeyer – was central to the 180 buildings that Seidler designed.

They didn’t thrill everyone. To his detractors, Seidler’s work was sterile and dehumanising, and they especially loathed Blues Point Tower. To this day, the soaring apartment building at McMahon’s Point is regarded by some as Sydney’s ugliest building – the very same given Heritage listing in 1993.

O’Neill traces Seidler’s career with skill. But what really gives context to his evolution as an architect is the saga that began in Vienna in 1923 when he was born to Rosa and Mendel Maks (later, Rose and Max) Seidler.

Along with older brother Marcell, Seidler grew up in an affluent, secular home dominated by the socially ambitious Rose, while Max concentrated on the family textile firm.

Their privileged lifestyle came to an abrupt end when Hitler annexed Austria. The Seidlers managed to escape before the full horror descended, with Rose and Max eventually making it to Sydney, while their sons initially found sanctuary in England.

What happened to Harry Seidler from 1938, when he fled from Vienna on his own as a terrified 15-year-old, until he finally rejoined his family in Sydney a decade later, marked him for life.

Thanks to the Quakers, he began his exile in the home of Lady Edith McAlister and her sister, and the elderly aristocrats soon doted on the handsome Viennese teenager, who excelled in his studies at the Cambridgeshire Technical School.

Then in 1940 he was plunged into a nightmare when Churchill introduced the refugee internment policy the British leader later rued as “a deplorable mistake”. It was monumentally unjust to the Jewish refugees who found themselves lumped together with Nazis as “enemy aliens” and faced vile living conditions in the camps.

They improved after Britain shipped its internees to Quebec and finally, after 17 months in detention, Seidler was released. He immediately snapped up an offer from the University of Manitoba, which was so impressed by the 18-year-old that he was placed straight into the third year of its five-year architecture design course.

Seidler went on to graduate from Harvard and O’Neill does justice to those intense learning years and the dazzling career that followed. She also provides rich insights into those who played important roles in the architect’s life.

No-one mattered more to him than Penelope, daughter of politician and barrister Clive Evatt and niece of legendary Labor leader Dr Herbert “Doc” Evatt. The patrician beauty was 20 when she married Seidler in 1958 and they adored each other throughout their long marriage.

There are few mentions of their children, Timothy and Polly, in A Singular Vision. Obviously, O’Neill respected family privacy, but there is a revelation that puts the title of her wonderful biography into deeply personal perspective – Harry Seidler’s password on his desktop computer was “Penel”.

A Singular Vision: Harry Seidler is published by HarperCollins, $49.99 (rrp).

PHOTO of Harry and Penelope Seidler on their wedding day.