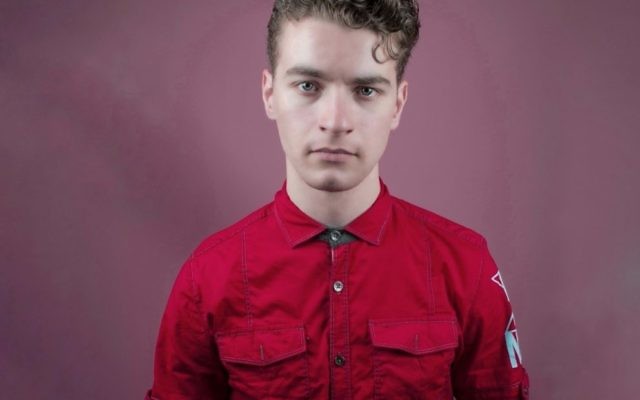 Ari Hershkowitz rose to prominence in the 2017 Netflix documentary, ‘One of Us’, which followed his journey towards leaving ultra-Orthodoxy.
He spoke candidly with Rebecca Davis about his past struggles with sexual abuse, substance addiction and self-harm during his visit to Australia for Limmud Oz and Pathways Melbourne.

Ari Hershkowitz’s feet pound along the Melbourne pavement as he deeply inhales from his vaporiser. He walks with swagger, the outwardly cool confidence of a New Yorker – but beneath the brash veneer, flickers the fragility of someone who has endured.

And indeed, Ari has faced hardships beyond his years.

“Imagine this,” he challenges.

“A 12-year-old walking up to a stranger in the street, and asking in very broken English, sometimes even in Yiddish: Why do bad things happen to good people?”

This was Ari, nine years ago. And people ran away from him.

He was questioning life beyond the cloistered confines of the Satmar world of Williamsburg, Brooklyn.

Characterised by living a deeply separate and insular life devoted to strict religious adherence, the “super-ultra Chasidic” Satmar sect rejects modern culture and the state of Israel. Yiddish is the primary language, and it was the only language that Ari knew.

Ari is one of nine children; his father is one of 14, and his mother, one of 10. He has about 200 first cousins, “but for me that’s very normal, because everyone has 200 cousins in Williamsburg,” he shrugs as he sips his mineral water in a Balaclava cafe.

Each day is centred on prayer and religious learning, tells Ari, who describes the 16 to 18-hour days spent at yeshivah. He was “a good kid, always the best in class”. But around the age of eight, the questions started. Ari firstly directed his questions to God, “but got no answer there”. Then he asked the people around him, but was berated – it was “harmful thinking”.

In his community, fear and silence were tools used to deter a disruption of the status quo. And a child testing the boundaries is merely dismissed as “troubled”. But the shroud of secrecy also formed the perfect pre-cursory environment for more sinister deeds to flourish.

At the age of eight, Ari found himself the victim of a series of violent sexual assaults of which he still bears the physical scars.

From then on, he wanted to leave, but knew there was no way out.

“We are told repeatedly, look at all these goyim, they’re all criminals and animals and you don’t want to go there. This is our safe space where we can live in peace – step outside these walls and it’s a nightmare.”

The outright absence of a comprehensive secular education also helps to control the masses, promoting ignorance and acting to disempower a self-determined life. To such an extent was this deficiency that until recently Ari believed that “algebra was geography”. The high school diploma from his yeshivah is essentially worthless – with universities not acknowledging the piece of paper. It was a truth that Ari learnt the hard way when he later attempted to apply to college, only to be turned away.

“I’m very upset. The younger years are when education should be given. Now I’m struggling with basic math and I’m 21,” says Ari.

Yet, he was determined to make it to college, and relentlessly sought out and completed a high school equivalent program.

But Ari is among the minority. Without education and therefore the capacity to earn, the idea of life beyond the pale of the Satmar stronghold of Williamsburg is an all-too-distant notion for most.

The quest for a broader education was among Ari’s first acts of rebellion. Traditional media, the internet and non-approved religious books were banned in the community. Only one type of MP3 player was allowed, and even they were modified to ensure the radio function was rendered unusable. But Ari figured out a way to make his own customisations to the device – and suddenly he could view video and listen to the radio. 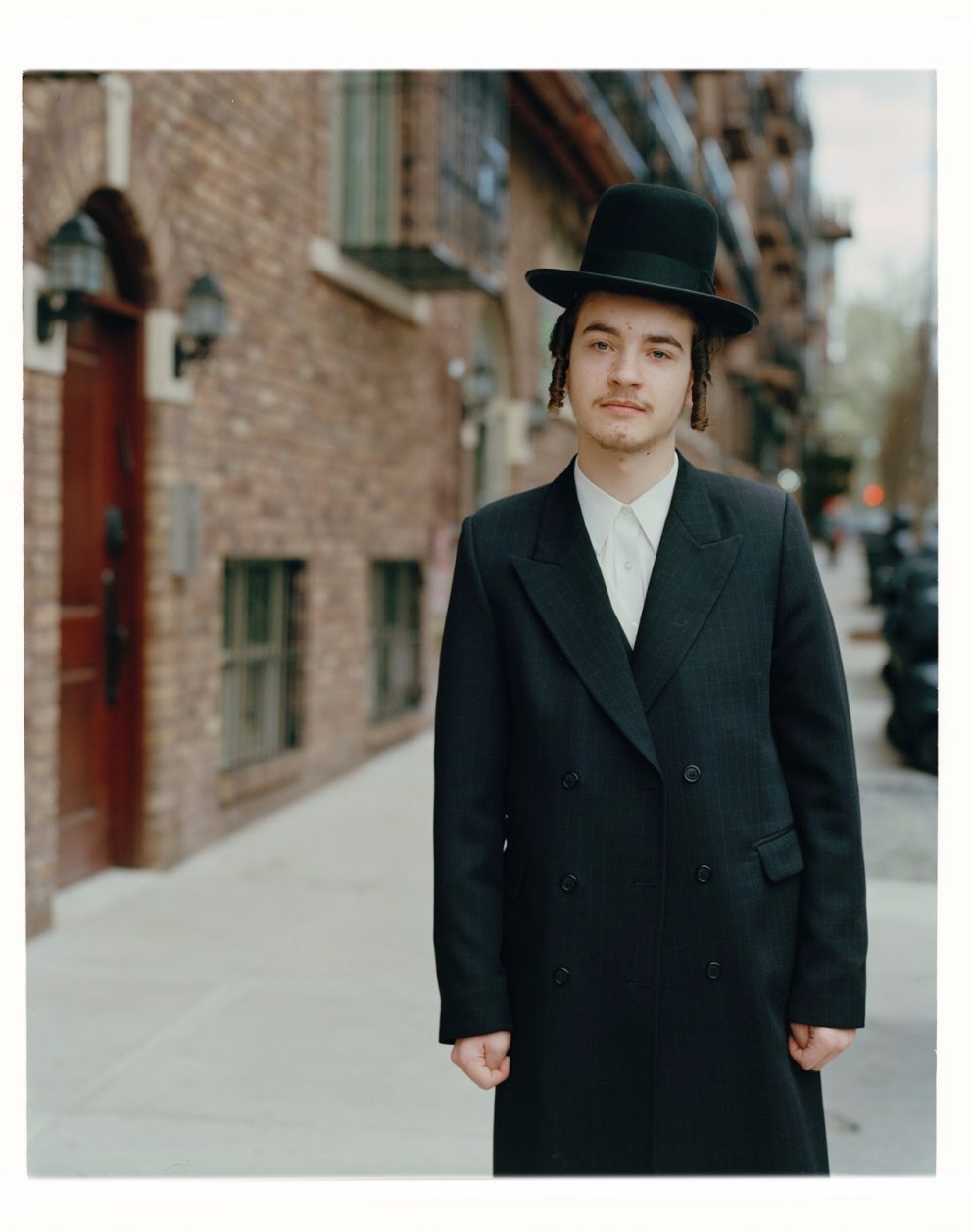 With an insatiable thirst for knowledge, Ari then discovered “the amazing, wonderful internet” after hacking his father’s work computer.

“Once I found Google and Wikipedia, my world stopped for a few days.”

“I had a reason to live for now. I started searching everything on Wikipedia. I saved it and printed it out,” he remembers with wide-eyed excitement.

And while his fellow yeshivah bochrim laboured over passages of scripture, Ari would pore over his printed Wikipedia articles that he had carefully wedged between the pages of his Gemarah. Pen in hand, Ari circled any word that he didn’t understand, googling the new vocabulary the next time that he had access to the computer.

But there was a darker underbelly to the high of discovery. While Ari was finally receiving some of the answers to the world that he so desperately craved, so too did he realise that he was “in the very wrongest place” for him.

He was trapped, and self- harm became a coping mechanism.

“I could see this good life out there, but I couldn’t touch it.”

At first he would run his hands under hot water. Later that progressed to cutting and pinching himself until the point that he would bleed.

He also drank alcohol. It was a downward spiral, as Ari concurrently began planning his escape. But his dreams were littered with feelings of hopelessness, and by his mid-teens Ari turned to drugs in an effort to try to numb the pain. Which drugs? Ari tried most of them, he recalls. And yet, his parents barely noticed – “but it is so far out of their world. They had no idea.”

While on cocaine, Ari would frequently walk into closed doors, forgetting to open them. His parents just thought he was hyper- active, or believed him when he told them that he had the wrong prescription in his glasses. His teachers were also none the wiser.

“I could literally turn up stoned, and they would just think that I’m having a cold, or I’m sleepy. They would say, go take a nap and come back.”

By the age of 18, Ari grew tired of living his double life, and was “sick of the lifestyle of being an addict”.

“I had already explored so many drugs, and it went to higher and higher doses and I still hadn’t reached my goal. I’m not where I want to be.”

He had befriended a group of recovering addicts from outside of the community. Some were Jewish; others were not, but in them he found support. To spend time with them, Ari would disguise himself – sunglasses and hooded jumper – to leave Williamsburg, until finally, while enjoying a picnic with his friends, he made a definitive decision that would change his appearance – and identity.

“I took out my phone, googled for the nearest barber, went in and just said take these off: the peyes, and the beard. I had a full beard. He was shocked. He asked if I was sure. I said, yes. And it was done.

“It was a rush of freedom. A lot of adrenaline. My heart was racing. I knew that I had just changed my life forever, and I was happy.”

But he knew that backlash was around the corner – he had to return home at some point.

The following morning, his mother saw him on his way out. No beard, no peyot, no yarmulke.

“She walked out,” remembers Ari with a long pause. “It brings back memories,” his voice fades.

After days of silence, his mother eventually asked Ari who he was and what was he doing in her house. His father made it clear that Ari was no longer a member of the household – or the family. But Ari pushed back, and they all lived tensely under the same roof for a few months longer. Finally, his parents learned about the addiction that was gripping his life.

After a close call, a Chabad friend of Ari’s organised a place for him in rehab in Florida. Ari spent almost three months in rehab, where his parents visited him. He then spent nearly four months in a halfway house. But then he returned to his parents’ home – what Ari calls “the big mistake”.

“I relapsed, and I got really, really dark.

“I was high, all day, every day, pretty much living half dead in my bedroom.”

There were overdoses – one in particular which brought him to death’s door.

“Nobody found me. I was in my bedroom, unconscious for three hours,” tells Ari, who then called his friend for help. An ambulance arrived and Ari was taken to hospital. There had been too many overdoses before, and this time Ari was admitted to the psychiatric ward, until his father collected him a few days later.

“My dad picked me up, dropped me off at a hotel, paid for one night and then walked out.”

Ari had 24 hours to find an apartment – in Brooklyn.

But he did. And a few months later he went back to rehab. Ari has now been clean and living independently since mid-2015.

Ari made it to college, beginning his studies in August, with big ambitions in computer science and the technology space.

And finally, he and his parents are working at reconnecting.

“They really were more supportive than most parents from this community,” he reflects, conceding that while they didn’t have the knowledge to deal with his addiction, their intentions were good.

Ari’s journey may have taken him far from Satmar. But despite his distance from religion, he does still identify as being part of the Jewish people.

“And that means something to me.”

For more information about support available to those in their journey towards leaving orthodoxy, visit Pathways Melbourne at www.pathwaysmelbourne.org.