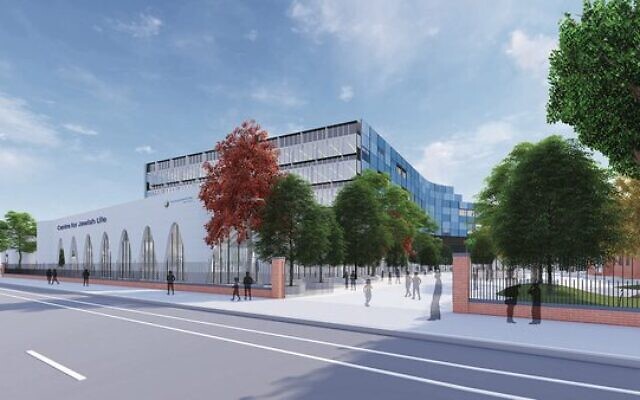 An artist's rendering of the project.

As the Victorian state election approaches, Mount Scopus Memorial College (MSMC) wrote a letter to Caulfield’s candidates to find out their position on MSMC’s plans to move from its Burwood campus to the Caulfield Hospital grounds to build a new school and community centre, an initiative MSMC has labelled “Project Generation”.

The letter states, “Although the college has never before endorsed a particular candidate in an election, given Project Generation is of such significance … the college is considering whether to provide an endorsement on this occasion.”

MSMC asked for candidates to provide a written statement on their “personal position on Project Generation, and particularly whether they are supportive of the college returning to the heartland of the Jewish community on the Caulfield Hospital site, and what steps you will take, if elected, to progress Project Generation”.

The letter noted that MSMC has been working with the state government, and various state and local government agencies for many years to gain access to the Caulfield Hospital site.

MSMC stated, “Our plans can be realised whether a redeveloped Caulfield Hospital remains on a much smaller footprint on the existing site or not. In fact, we spent two years working with the Department of Health on a shared site. They are not mutually exclusive.”

The letter requested responses from the candidates by October 24 and was signed by college president Amy Hershan, foundation president David Gold, and principal Rabbi James Kennard.