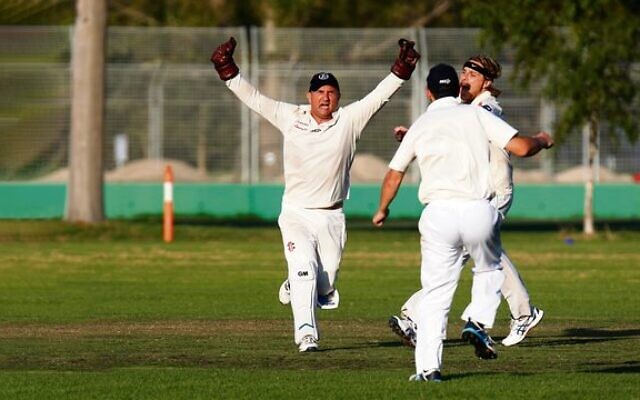 The Australian men’s and U18 boys’ cricket teams won bronze and silver medals respectively at the 2017 Maccabiah Games. And heading into the 21st Games, which begin on July 12, the current squads have the motivation, talent and experience to do as well, or better, in the Israeli heat.

The men are guided by Maccabi-AJAX head cricket coach Greg Hurvitz, managed by Danny Klinger – who last went to the Games in 1997 as a player – and captained by Maccabi-AJAX First XI premiership-winning skipper and wicketkeeper Jonathan Weinstock.

The Aussie boys are guided by former South African player and coach Wayne Myers from Melbourne, and managed by Sydney’s Karen Segal, who has a son playing in each squad.

“I definitely think we’ve got enough talent in this squad to win Australia’s first Maccabiah Games men’s cricket gold medal since 1997 next month in Israel, so it’s now all about building momentum, and a happy and motivated team environment,” coach Greg Hurvitz said.

And the 2017 bronze medallists have plenty of motivation to succeed.

Their team manager, Danny Klinger, who was last at the Games as a player in 1997, told The AJN last week, “I’ve always wanted to go back to the Maccabiah Games, and to march in the opening ceremony, which I didn’t get to do in 1997 because of the bridge collapse tragedy.

“So that’s one aim, and the other is for this team to win gold for Australia for the first time since ’97.”

His brother Michael, as well as Paul Platus, have been helping the squad behind the scenes too.

Hurvitz said, “Having Danny managing the team, and marching with us in the opening ceremony, does give us motivation, and it will drive us, as there would be no better feeling than to win gold.”

The squad’s Victorian-based players include six members of the Maccabi-AJAX First XI side that won this season’s Mercantile Cricket Association Sunday A Grade title for the first time since 1983, Aaron Ostilly and Asher Barolsky – who were in Caulfield Cricket Club’s 3rd grade premiership-winning team – and St Kilda cricketer Vincent Page.

One player from Perth, Lynton Pearson, who plays third grade for the University of Western Australia, suffered a broken leg two months ago, but fortunately recovered in time to take his place in the squad.

“One of the key things we were looking for when selecting this team was a blend of youth and experience, and we certainly have that,” Hurvitz said.

Karen Segal will be the Australian junior team manager for the second time.

She has one son, Joshua, in the men’s squad, and another son, Jordan, in the junior squad. Both play grade cricket for Randwick-Petersham, “so there’s always cricket being played on our front driveway!” Karen said.

“It’s pretty awesome for the three of us to be going to the Games, and it means a lot to my husband, Yaron, too.

“Yaron represented South Africa in rugby at the 1997 Maccabiah Games and witnessed the horror of the bridge to the stadium [in Ramat Gan] collapsing during the opening ceremony, as the South Africans were directly behind the Australians.

“So, for his two boys to go and represent Australia at the Games now, is very special.” 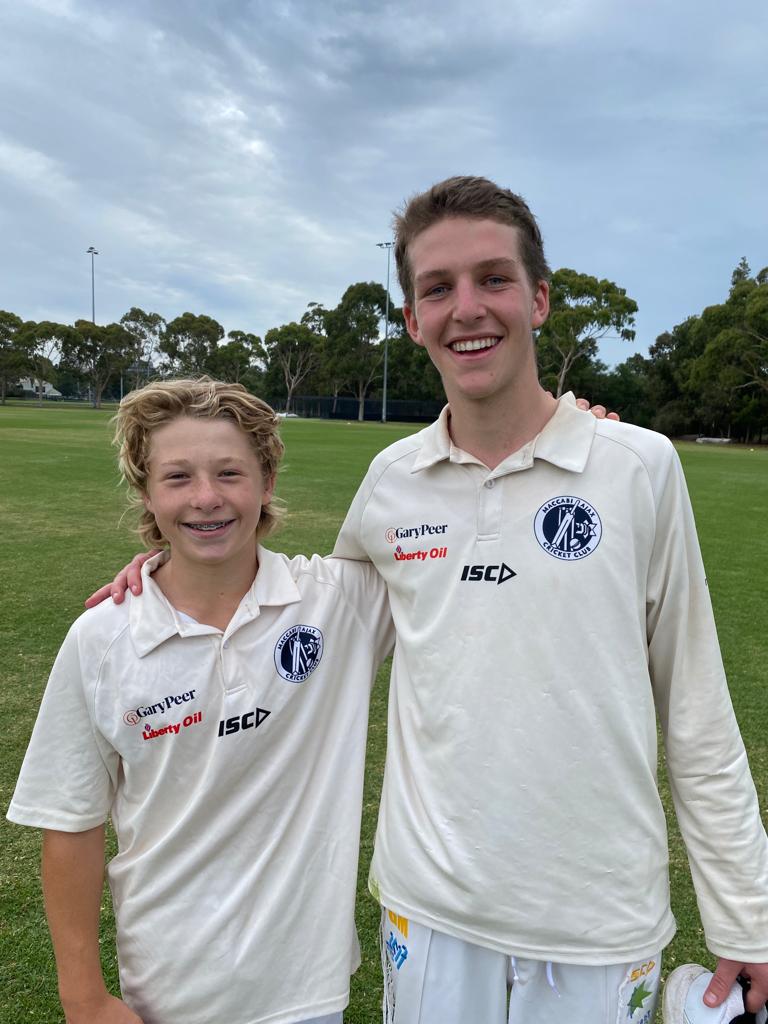 Maccabi-AJAX teammates Hayden Goldberg (left) and Amir Meyerowitz, will play for Australia’s boys’ and men’s teams respectively at the Maccabiah Games next month in Israel.

Victorians in the boys’ squad include Adam Finkelstein’s cousins Matthew and Joshua, who play third grade cricket for Brighton Union and Grammar, plus Maccabi-AJAX players Lior Meyerowitz, Nadav Lowinger, Ari Fell and Hayden Goldberg – all of whom have some senior club match experience, including the latter, who is just 13.

The rest of the team is comprised of players mainly from Randwick-Petersham, but also UNSW, cricket clubs.

Australia’s junior coach Wayne Myers said the team selection process was competitive, and “a priority was choosing players that can offer variety, so we have a mix of left and right-handed batters and bowlers, and a bowling attack that includes quicks, seamers, and off-spinners”.

“The team that won silver in 2017 was very strong, and its coach Brett Corrick, has helped with selecting the current squad, and also offered advice on Israeli playing conditions, and what worked well and what didn’t.

“We have a strong squad for these Games, and I’m looking forward to seeing how we go.”