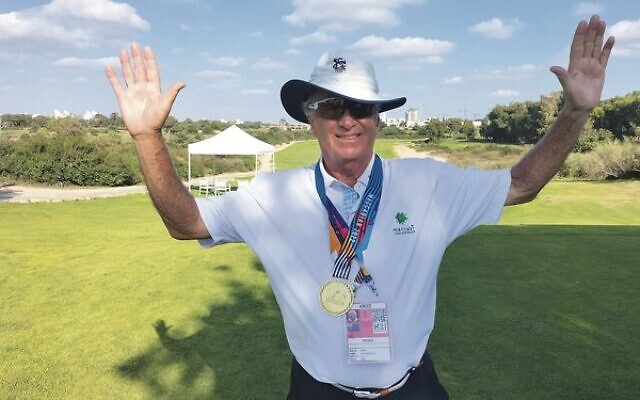 Talk about getting into the swing of winning medals!

The first six medals won by Australia at the 2022 Maccabiah Games – including two golds – were all earned on the golf course at Caesarea on July 15, just 18 hours after the opening ceremony finished.

Proudly wearing a gold medal around his neck was the Grandmasters (+65 men’s) champion Roy Vandersluis, who is remarkably at his 12th consecutive Maccabiah Games as a player – the most by any Australian.

In equal first place after an opening round score of 75 two days prior, the 75-year-old Sydneysider increased his lead to five shots when scoring 77 in the second.

After a sleepless night, the veteran nailed 77 again as his main rivals struggled in the final round.

He calmly made par on the 18th hole, won by nine shots with a total of 229, and acknowledged the cheering Aussie supporters with a thumbs up and a beaming smile. 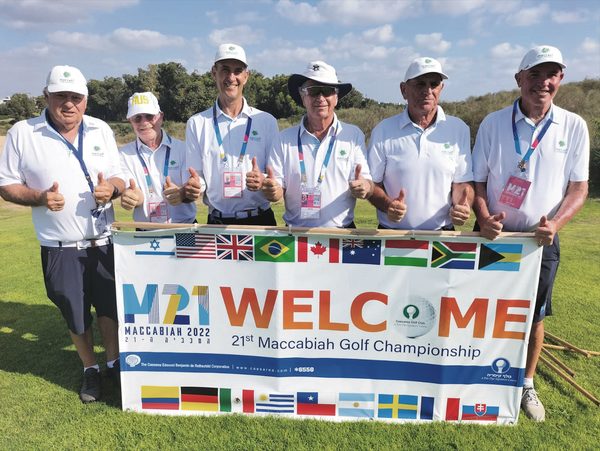 The Australian men’s Grandmasters players, who won a team bronze medal. Roy Vandersluis is in the centre. Photo: Shane Desiatnik

Vandersluis – who last won gold in 2013 as a masters player – said he arrived in Israel feeling like he could win gold, “but to actually get it done feels amazing”.

“And I was feeling a bit of pressure the night before, as I couldn’t get to sleep, so I contacted my coach, and I watched some footage of my swing, and realised I needed to make a little tweak that I use sometimes, mainly in the hips, that would suit the course.

“That made a difference, and I felt I was hitting the ball best in that final round.”

Also winning a gold medal – in her very first Maccabiah Games appearance – was Melburnian Wendy Beron, who came first on 114 points in the women’s Stableford tournament.

Beron, 71, said, “I’d never played on this course, but found it is ideal for my game.

“I don’t hit the ball very far, but I’m accurate with my shots, and I’d been putting like a dream all week.

“To win gold in my first Maccabiah feels absolutely incredible, as I had no expectations other than to come here and enjoy the experience.” 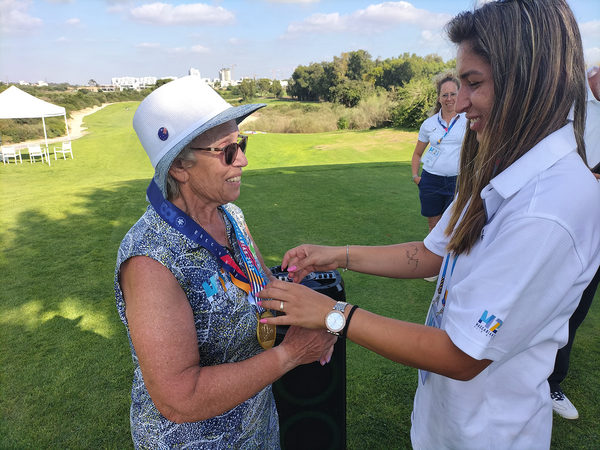 Also in the women’s Stableford, bronze was won by Aussie Avril Gluckman, from Sydney, who scored 99 points.

“It’s my first time in Israel, and considering I didn’t play well on the first day, I’m delighted to have finished well, and won bronze,” Gluckman said.

The open men’s and men’s masters golf competitions were due to be completed late in the day on Thursday (Israel time).