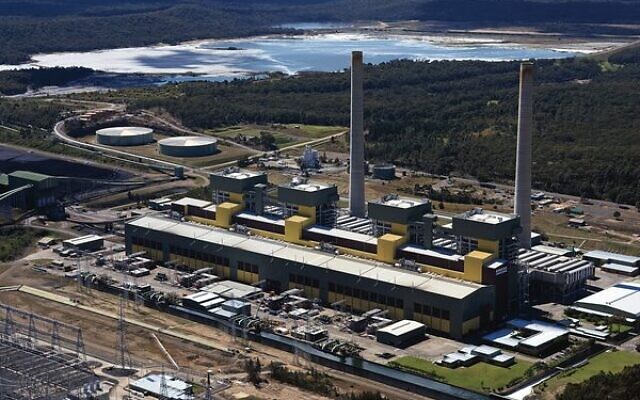 As it treks through its energy transition from fossil fuels to renewables, Australia has experienced a litany of difficulties and problems.

These include coal plant shutdowns due to unscheduled maintenance and early decommissioning, contradictory approaches to gas exploration and production stemming from fears of domestic supply scarcity, calls to move from a demand-only system to a capacity system that would see generators paid to have standby firming capacity with some state governments dissenting that coal and gas producers be excluded as well as market suspensions with the looming spectre of load shedding.

Additionally, Australia has faced investigations by the corporate watchdog into price gouging, regulated electricity price hikes of up to 18 per cent as well as skyrocketing wholesale energy prices forcing some energy retailers into insolvency and credit rating downgrades.

Although Australia is an energy superpower providing approximately two and a half per cent of global energy and is the world’s largest exporter of coal, which accounts for 60 per cent of Australia’s domestic energy use, it is confronting potential near term supply shortfalls.

The Australian energy market operator, AEMO, is forecasting a loss of up to 14,000 MW by the end of the decade and expects all coal-fired power plants to be gone by 2043 with several private operators having flagged much earlier closures.

Australia has significant resources of natural gas, however, the industry has been beset by supply and pricing issues even though there are mechanisms in place to restrict exports to shore up domestic supply in an emergency.

To compound its natural gas challenges, for several reasons, the Australian government collects precious little by way of royalties under the petroleum resource rent tax and income tax from natural gas producers who generated approximately $138 billion over the past seven years.

Renewables are expected to grow rapidly, spurred on by considerable government funding and private enterprise investment.

They presently account for 24 per cent of Australia’s energy supply. Australia is forecasting a renewable energy target of 82 per cent by 2030 to meet energy demand, but if that target is not achieved, it will mean more outages and market suspensions.

It is worth examining how other countries are managing their transition to a renewable energy future to see just how discombobulated Australia’s efforts have been. The case of Israel, an energy minnow, is particularly illuminating and instructive.

The comparison highlights how critical decisive and flexible government and regulator action is in effectively navigating the energy transition from fossil fuels to renewables.

While Australia is mired in an energy transition crisis that has resulted in energy policy failure, Israel is progressing with conviction and definitiveness and is certain to keep its “lights on” throughout the energy transition phase.

Prior to 1999 Israel was bereft of energy resources. Then came the discovery of natural gas via the Leviathan and Tamar fields. Critically, unlike Australia, when granting licenses to gas producers, Israel demanded that 50 per cent of the then known gas reserves be made available for domestic use. This imposition was the main reason Australia’s Woodside Energy walked away from its 30 per cent stake in the Leviathan field.

According to Israel’s energy ministry, Israel currently has close to 1000 billion cubic meters (BCM) of gas reserves while the country’s own domestic needs are unlikely to exceed 500 BCM for decades to come. Assuming there is still another 500 BCM that has yet to be found that would mean that Israel could have up to 1000 BCM available to export to the world.

In one fell swoop, the Israeli energy minister, Karin Elharrar, unexpectedly announced in May 2022 in response to the war in Ukraine, that Israel would issue new natural gas exploration licenses and was looking to make a meaningful contribution to the global energy emergency by producing and exporting natural gas.

Contrast that with Australia’s Energy and Climate Change Minister, Chris Bowen, who insisted that Australia should hold back its gas to support local users despite allies in Asia and Europe desperate to wean themselves off Russian energy.

Clean energy purists will claim that Israel is building a reliance on natural gas and will fail to achieve its net zero target. However, there are several prospective mitigating factors.

In July 2022, in what is being seen as a startling about-face, the European Commission voted to have natural gas form part of the European Union energy taxonomy and become law in 2023. This will effectively define natural gas as a clean, green energy. Under the commission proposal, gas-fuelled power plants will be deemed green, if they emit no more than 270 grams of CO2 equivalent per kilowatt hour or have average emissions of 550g CO2e/kW over 20 years – an exceptionally low qualifying bar.

Energean, the UK listed oil and gas producer and the new licensor of Israel’s Karish field is developing its Green Prinos technology that aims to return carbon dioxide to depleted offshore reservoirs from which natural gas has been extracted. In that way the company expects to sequester one billion tons of carbon dioxide per year.

Moreover, the former Israeli PM, Naftali Bennett, announced that Israel, the start-up nation, which has spawned countless technology innovations would bring its full weight to bear in creating innovative technologies in the fight against climate change.

In its pursuit of net zero target Israel has advised that it will close all coal fired power plants by 2025. It has also had a head-start to accomplishing net zero when it mandated the compulsory use of solar hot water in 1980. And, fortuitously, Israel developed a significant natural carbon sink by planting over 200 million trees since 1905 through the efforts of the pioneering Jewish National Fund and its international chapters.

When it comes to energy transition, oh, woe is me Australia!