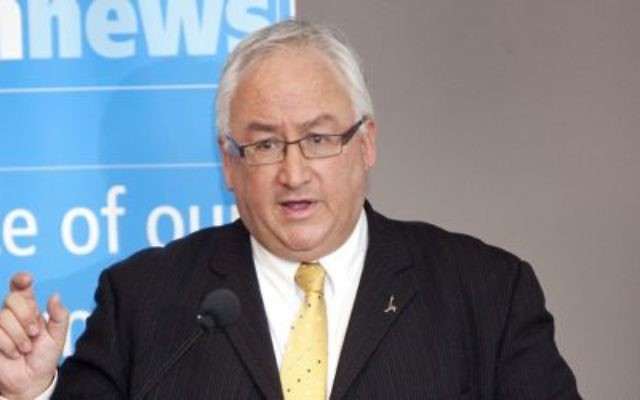 Member for Melbourne Ports, Michael Danby, will join his Liberal and Greens rivals in a debate on June 22.

Changing its position on the votes for the first time since 2004, Australia chose to abstain rather than vote against a resolution that levels harsh accusations at Israel without acknowledging Palestinian indiscretions, and calls on the Jewish State to make many specific concessions which would compromise its security.

Australia also abstained from a resolution accusing Israel of exploiting Palestinian natural resources and destroying infrastructure, and voted in favour of a resolution denying Israeli sovereignty over Jerusalem.

Danby noted that Julia Gillard and the government had, in the major and recent votes on the Middle East, supported Israel, citing that Australia chose not to attend the anti-Israel UN Durban process and not to support the recognition of Palestine at UNESCO.

But he said he disagreed with Kevin Rudd’s decision on Jerusalem at the less important annual General Assembly votes in New York.

“Australia shouldn’t have abstained from voting on a silly resolution that implied Jerusalem was not part of Israel,” Danby said, adding that nothing had changed over Jerusalem and it was not necessary for Australia to change its vote.

Shadow minister for foreign affairs and trade Julie Bishop said it was troubling that the changes in voting had occurred without any public debate or official change in policy.

“Foreign Minister Kevin Rudd must give a full explanation as to why Australia has been changing its voting pattern at the UN,” she said.

“In particular Mr Rudd should admit the extent to which the campaign for a temporary seat on the UN Security Council is influencing the votes.”

“We’ve put ourselves into a position of weakness now, where we’re just going to be bullied into supporting resolutions that don’t necessarily make a great deal of sense and are not helpful to the peace process, because all we’re interested in is our foreign policy and our international positioning is getting elected to the Security Council for a mere two years.”

Executive Council of Australian Jewry president Dr Danny Lamm said while his organisation was appreciative of the government’s overall record of supporting a speedy return by the Palestinians to direct negotiations, the changes that had occurred in Australia’s voting record would only serve to “undermine these commendable objectives”.

A spokesperson for the Department of Foreign Affairs and Trade said Australia had consistently supported a negotiated two-state solution and called for both parties to act on the basis of their previous agreements.

“[But] we would like to put on record our concerns about the language in [one] resolution, which could be seen to pre-empt the results of negotiations between the parties,” the spokesperson said.

The spokesperson defended Australia’s vote on the Jerusalem resolution, saying “the fundamental thrust of the resolution [was] consistent with Australian policy.”

The spokesperson also said Australia strongly supported the principle of the sovereignty of the Palestinian people over their natural resources.