Maestro Zubin Mehta has gone on record to say the reason he became a conductor is because deep down he wanted to conduct Richard Strauss’ tone poems. Which is exactly what he’s doing with the Australian World Orchestra (AWO) when it comes together for two unmissable and much-anticipated performances in Melbourne and Sydney.

Mehta is known to be one of the most critically acclaimed conductors in the world.

“Following the recent challenges, we are so delighted to be coming together as an orchestra once again led by one of the world’s most extraordinary conductors,” AWO’s artistic director Alexander Briger said. “There is no better way to celebrate the joy of music-making than for the Australian World Orchestra’s wonderful musicians to be performing the Richard Strauss tone poems conducted by the world’s finest interpreter of Strauss.” 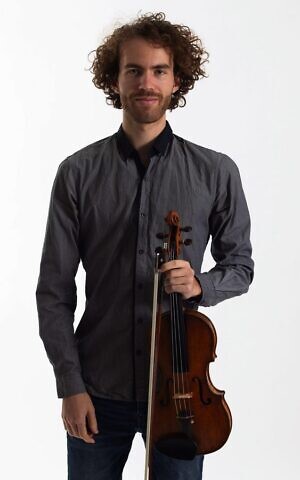 It’s a sentiment shared by Noam Yaffe, who will be travelling to Australia shortly to play the violin as part of the AWO. Yaffe is currently performing with the Israel Philharmonic Orchestra (IPO), which is very dear to Mehta’s heart, having recently celebrated 60 years of musical collaboration with the ensemble.

“He has such a history with this orchestra, and with this country in general,” Yaffe said over the phone from Israel. “There are people in this orchestra who have been playing for 40 years, and they’ve grown up with him and he has grown up with them. There are a lot of friendships. There’s something really special about his relationship with the IPO.”

Yaffe describes the backstage area of the Heichal HaTarbut – the concert hall in Tel Aviv and home to the IPO – as covered with framed photos of Mehta depicting his history with the orchestra. “Incredible things like him rehearsing with the orchestra in the ’90s when everyone was wearing gas masks because of the Gulf War,” Yaffe said. “Every time there has been a conflict, he’s straight over here to do things with the orchestra.”

Yaffe will be joining the AWO ahead of its inaugural UK performances at the Edinburgh Festival and BBC Proms in August, before the orchestra travels to Australia.

Sitting alongside Yaffe – albeit in a different orchestral section – will be Yoram Levy on the trumpet. Levy’s love of music can be traced back to walking through a supermarket with his mother.

“I chose the trumpet when I was at school, but I wasn’t really sure,” Levy told The AJN. “And then I saw two LPs. One of them was Chet Baker, and there was a beautiful drawing of a man with a trumpet on the album. And the other was Pictures at an Exhibition, [by] the NBC [Symphony] Orchestra. I played those two LPs over and over. I still have them. They don’t play anymore because they’re so scratched, but I have the LP covers. And that was it. That was a done deal.”

As for Mehta, Levy used to play in the IPO, and said it’s a “great honour” to be part of the AWO, and playing with the maestro again.

For Yaffe, the excitement of playing in an Australian orchestra is palpable. “It’s a big honour. I’m excited, but there are quite a bit of nerves mixed in, because I’ve spent time playing in the IPO at the moment, but I haven’t actually played in an Australian orchestra for a long time,” he said. “Every orchestra has its own character, and its own traditions and its own vibe. And so, I’m really excited to see what this is like. I spent the last decade and a bit going to AWO concerts and seeing this incredible orchestra, so to be part of it is really, really, really special for me.”

As Yaffe explains, the AWO is pretty much “rock up and start rehearsing”, but given the small world of orchestral music, each musician tends to know at least a couple of others. While not playing together on a regular basis may seem like a disadvantage, Yaffe said this isn’t always the case. “In the philharmonic here, everyone knows each other; we know what to expect, and there’s a certain comfort that comes with that. But then on the other hand, this can lead to a sort of complacency. And then, when orchestras meet on special occasions, like the AWO, there’s an edge, an excitement and electricity. That sort of energy, paired with really good orchestral players, produces amazing results.”

When asked what their favourite part of being a musician was, neither missed a beat.

“On an individual basis, it’s an expression and creating a sound and creating moods. I guess like an actor, you can try and create certain characters,” Levy said. “But being an orchestral musician most of my life, the whole orchestral repertoire, I’ve always lived for that.”

For Yaffe, being an orchestral musician means being in the company of greatness. “You get to spend all day every day in the presence of the greatest masterpieces of human creativity, these incredible works of music. Sometimes, I have to take a step back and just remind myself, ‘this is just the work of an absolute genius,’” he said. “It’s like walking through a gallery and staring at the Van Goghs, Monets and Picassos all day, just in the presence of the most incredible art. And then on top of that, there’s a capacity to move audiences and affect people.”

The Australian World Orchestra will be playing at Hamer Hall on August 31 and the Sydney Opera House on September 2. For bookings, visit australianworldorchestra.com.au