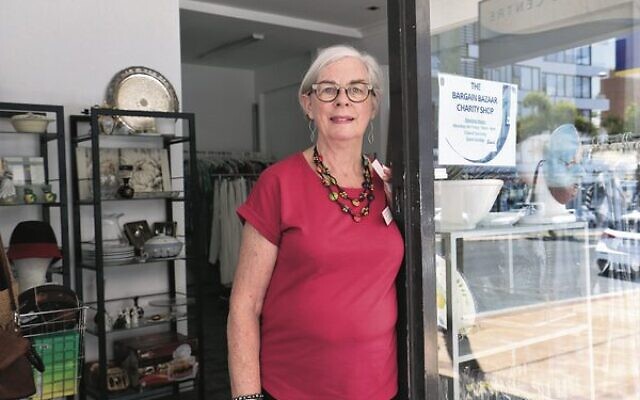 With its roots forming back in 1962 when a jumbo second-hand sale at Paddington Town Hall raised more than 100 pounds, a shop was first opened in Botany Road, Waterloo, in 1977, with all proceeds from sold donated items going to a range of Jewish and non-Jewish charities and not-for-profit organisations.

The op shop moved to Regent Street in Redfern in the mid-’80s, and then Cleveland Street in Surry Hills in 1995, before operating only as a pop-up store last year.

Now it has a permanent place again, launching on October 24 at 233 Maroubra Road, with one side of the new shop stocking quality second-hand furniture, and the other side clothing, shoes and bric-a-brac.

Bargain Bazaar committee president Jane Lurie – who has been a volunteer since the op shop’s Redfern era – said it was a “massive mission” to find it a new, long-term home, finalise the lease, move stock into it, and set it up ahead of the launch.

“But it was all done, and I would like to say I have got a great, and very supportive, committee, made up of members always willing to contribute, plus a committed group of volunteers.”

Lurie emphasised that Bargain Bazaar’s history, and purpose of giving back to the community, “is why I put my hand up [to be its president], and said that it mustn’t close”.

“So, it’s very satisfying to see it continue, as I know it is, too, for many volunteers who have been actively involved in running the shop for years.”

She admitted she felt “a bit apprehensive when opening the doors for the first time on opening morning, because I wasn’t sure if they’d be any customers, as we were so new in the area”.

“I’m glad to say we’ve had many good trading days since then, and the shop has been very well received in Maroubra Junction, and we’ve already noticed some repeat customers, which is a good sign.

“And we’re always looking for more volunteers, who can spare a few hours per week.”

Since its establishment, Bargain Bazaar has raised in excess of $800,000.

Donations made in recent years, from proceeds of sold items, have been directed to organisations including Maccabi NSW All Abilities, Hatzolah, Sydney Jewish Museum, Camp Sababa, Sydney Children’s Hospital Foundation, and the Australian Cancer Research Foundation.

The new op shop’s opening hours are 10am to 4pm from Monday to Friday, and for a few hours from 10am on Sundays. For more information about the new Bargain Bazaar op shop, or volunteering opportunities there, contact B’nai B’rith NSW on 9321 6300, or email council@bbnsw.org.au