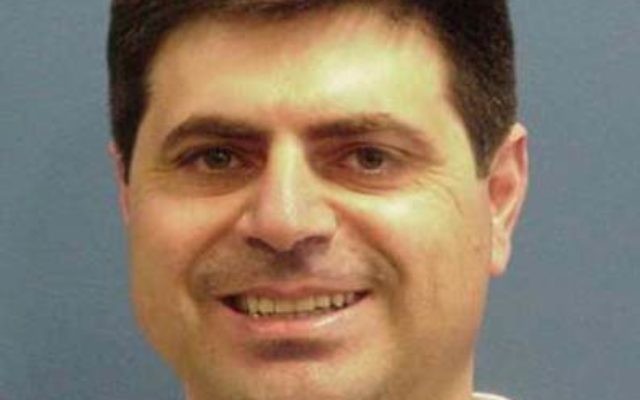 A PALESTINIAN-Australian advocate of boycotts, divestments and sanctions (BDS) against Israel has been disinvited from Limmud Oz after organisers learnt of his vocal support for the BDS campaign.

Professor Bassam Dally, an Adelaide academic who was to speak at the June 25-27 conference in Melbourne, had been listed as a participant in a submission for a session on coexistence between Israelis and Palestinians, along with Sivan Barak of the Australian Jewish Democratic Society.

Dally, vice-president of the Australian Palestinian Advocacy Network, who emigrated here from Israel in 1991 is featured on the Coalition for Justice and Peace in Palestine (CJPP) website as its 2014 Nakba guest lecturer (“Nakba”, Arabic for “catastrophe”, is the Palestinian term for Israel’s 1948 statehood).

In a profile on the CJPP site, Dally stated: “I support BDS because, unlike governments, the conscious [sic] of millions of people cannot be bought by rich interest groups. Without international pressure, Israel will never agree to a Palestinian state.”

And in a 2010 op-ed in The Australian, he wrote: “The Australian government and others across the world should endorse the BDS campaign, as they did with South Africa.”

In a statement, Limmud Oz co-chairs Annette Charak and Mandi Katz said organisers had received a submission for a session between an Israeli and a Palestinian conversing about coexistence. “We had and have no reason to believe that if run, it would have been a session about BDS. The session was accepted and scheduled on the basis that Limmud Oz is a safe space for hearing challenging views.

“On publishing the program, we were alerted to the extent and tone of the position of one of the participants on BDS … The decision was made on principle, given the goals of global BDS, the damaging effect of BDS rhetoric in the community, and the anti-engagement nature of BDS, to cancel the session in line with our programming policy.”

B’nai B’rith Anti-Defamation Commission chair Dvir Abramovich said: “Limmud Oz did the right thing by making it clear that it will not give its endorsement and sponsorship to this session. The BDS movement, at its core, is anti-Semitic.”

Australia/Israel & Jewish Affairs Council executive director Colin Rubenstein stated: “It is absurd to expect a Jewish community organisation, even one committed to the robust exchange of ideas, to extend the welcome mat to a supporter of the boycotting of Israel, as to do so may confer a degree of legitimacy on someone whose record and views do not further the cause of mutual coexistence, genuine peace or communal harmony.”

Zionism Victoria president Sharene Hambur said her organisation “supports the decision not to have promoters of the hate-filled BDS speak at Limmud Oz. BDS does nothing to foster coexistence or a resolution of the Israeli-Palestinian conflict, but rather is designed to isolate Israel economically, academically and socially in an effort to destroy it.”

Contacted by The AJN this week, Dally stated: “It’s ironic that Limmud Oz organisers have decided to disinvite me speaking in a session titled ‘Fighting for Coexistence’. The session was never intended to be about BDS and, therefore, the organisers are deciding not only what, but who, their audience may be permitted to hear – in my case, an Israeli citizen of Palestinian heritage.

“This shows a contempt for the maturity and intelligence of the Jewish community by preventing them from having these important discussions in an open and civilised manner.”