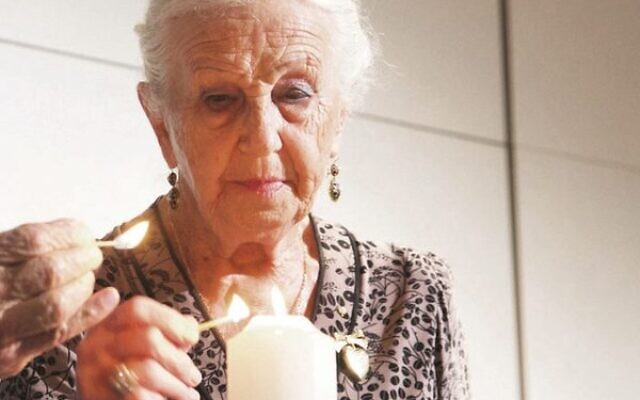 AUSCHWITZ survivor Olga Horak will be the keynote speaker at the Sydney Jewish Museum on Sunday at an event commemorating International Holocaust Remembrance Day, while a video message from Prime Minister Anthony Albanese will also be played.

January 27 marks the 78th anniversary of the liberation of Auschwitz-Birkenau and the aim of Sunday’s event is to inspire Australians to keep the memories of survivors and those murdered in the Holocaust alive.

Albanese will use the opportunity to address rising antisemitism.

“We must never soften the truth of what the Holocaust was: the purposeful execution of more than six million Jews. We must make sure that generations to come know the full history. Antisemitism is on the rise, but it will not find a home here,” he will say.

Horak, who survived the notorious extermination camp, said, “Auschwitz was the bottom of hell. It was the centre of evil that had no tomorrow, where the sun stopped shining and the birds stopped singing. It was easier to die than to live.

“Being alive, I find this to be a personal triumph. I shall never forget the past, it would be an insult to the victims. We should always remember, and say never again.”

Australian human rights advocate Daniela Gavshon will speak via video about the upsides and downsides of technological advancements in both contributing to war crimes and in preserving the memory of atrocities.

“While technology can erode human rights and facilitate the commission of crimes in a way it never could before, it can also be used to strengthen and protect human rights and hold perpetrators to account,” she said.

“The challenge for us as a society is to stay on the front foot, to make sure it is developed and regulated. If we use it wisely, we can continue to get the positive elements of it, including keeping memory alive and ensuring ‘never again’ is a reality.”