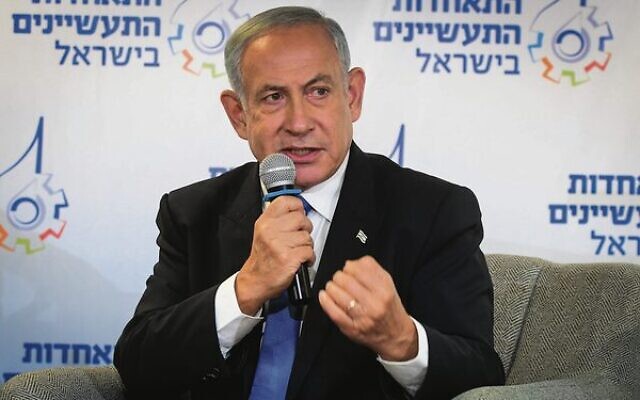 There are two schools of thought in our community when it comes to Israel. One is we must support Israel, warts and all. The other is that it is important to speak up when we disagree.

Most of us fall somewhere in between. But our communal organisations have historically tended towards the former, resulting in silence on many of the matters that affect not only Israel and the world’s view of Israel, but also our own community. The current election is a good example.

The previous coalition was an amazing experiment which was doomed to fail. But in its short life, it began the process of kickstarting the wheels of government, which had been moribund through four election cycles. It featured some firsts: no Charedi parties, an Israeli Arab party, and an incredible breadth of coalition partners from the left to the right. Despite its diametric make-up, it was able to put together a strong legislative agenda on domestic issues, but was not able to address more sensitive existential issues such as the Palestinian question. Not bad for a coalition whose only real defining purpose was to stop Benjamin Netanyahu from becoming prime minister.

As we approach next week’s election, once again personality dominates the campaign. And once again it is all about Bibi. The Likud – who would likely lead the next Knesset, like the Republicans and Trump – have allowed Netanyahu to retain sway over the party, denying Israel the political stability it craves. And the myth that only Bibi can lead Israel is one of the clear legacies of the last government.

Clearly, I am not a great fan of Netanyahu. While recognising his many past achievements, he is yesterday’s man – divisive, narcissistic, and potentially corrupt with an ambiguous motivation behind his quest for leadership. And I believe our community needs to not only prepare for the likelihood of a Netanyahu-led government, but needs to speak out at some of its policy declarations:

If Netanyahu remains the centre of attention, Israel will not be able to move on from the toxic political climate he has created. Should he come to power, and along with his political partners realise some of their stated policies, it will create a divisive and potentially poisonous political climate within Israel, deepen the rift with the Jewish Diaspora and threaten the world view of the country as a liberal democracy.

The issue is whether we should send a clear message to Israel if we believe that some of the decisions that are being made to suit the Israeli realpolitik will have repercussions not only for the citizens of Israel, but for the Jews in the Diaspora.

The current spate of antisemitism that is being experienced worldwide has a strong correlation to events in Israel. Much of contemporary anti-Zionism, or the delegitimisation of Israel and its supporters, draws on and perpetuates antisemitic tropes. Should a right-wing nationalist/religious coalition promoting divisive policies further damage the image of the state, it could result in a further deterioration to the safety of our community.

At the same time, we share the liberal democratic values of Israel. It is important to all of us that these are upheld, and Israel does not go down the path of Hungary, Turkey and even the United States. Our pride and connection are not just emotional – it is visceral, and our destinies are joined. We must play our part in ensuring that Israel, despite its challenges, remains a light among nations.

Danny Hochberg sits on a number of communal boards in the Sydney Jewish community.