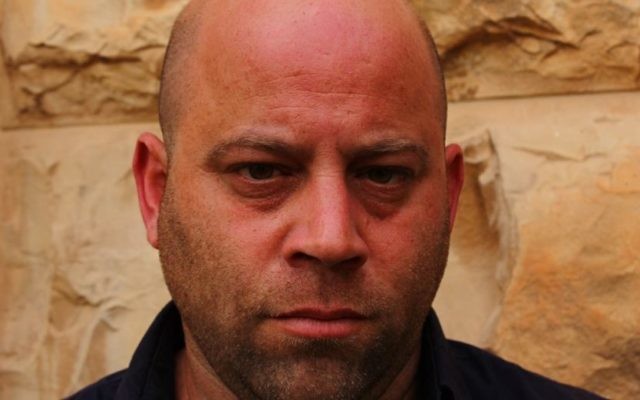 Haaretz journalist and author Anshel Pfeffer will be speaking at this year's Sydney Writers' Festival.

The Holocaust, Bibi, cybercrime and the colour blue. Linking these disparate topics are an impressive list of Jewish authors who will be speaking at this year’s Sydney Writers’ Festival, which opens on Monday (April 29). Sophie Deutsch reports.

IN advance of his tour to Australia for the Sydney Writers’ Festival (SWF), British-born Haaretz journalist and author Anshel Pfeffer described Israeli Prime Minister Benjamin Netanyahu as a “Marmite politician”.

Much like the salty spread itself, Netanyahu is a hotly contested figure – people either love him or hate him, contends Pfeffer, though slightly tweaking the term to “Vegemite politician” may receive better reception when Pfeffer discusses his recently published book, Bibi: The Turbulent Life and Times of Benjamin Netanyahu, at the Sydney Writers’ Festival, followed by speaking engagements in Sydney and Melbourne with the New Israel Fund. 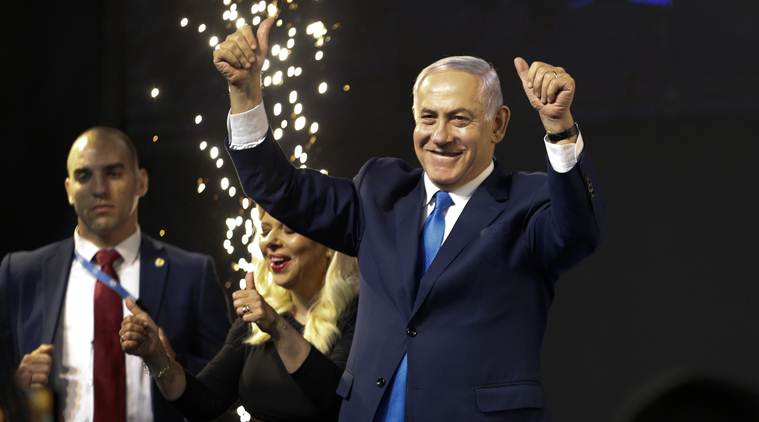 Close to being the longest serving Israeli prime minister, Netanyahu is a fascinating, often controversial political figure, having occupied centre stage of Israeli public life for the past 30 years. These factors make Netanyahu’s story a compelling one, but it is primarily the dominant left-wing narrative commonplace in Israel’s history books that has compelled Pfeffer to recount Israel’s story through a right-wing prism.

“All the books on Israel tell its story through the generation which built the country, which was a Labour party Zionist left movement – David Ben-Gurion and Gold Meir and Yitzhak Rabin – but the right wing was always there, they were always part of the story for most of the history of the Zionist movement,” remarks Pfeffer, who will speak at Carriageworks on May 2 as part of the festival, running from April 29 to May 5, in conversation with the ABC’s John Lyons.

"Bibi: The Turbulent Life and Times of Benjamin Netanyahu" by Anshel Pfeffer

Watch Anshel Pfeffer describe his book "Bibi: The Turbulent Life and Times of Benjamin Netanyahu". We're lucky to have him in Australia in Sydney on Sunday 5 May and Melbourne on Sunday 12 May as part of our Yom Ha'atzmaut events. Find out all the details at www.nif.org.au/anshel

As a senior correspondent and columnist for Haaretz and the Israel correspondent for The Economist, Pfeffer comes from a left-wing background, but treats his subject fairly, giving Netanyahu credit where credit is due.

“He is an extremely capable and talented politician, a very talented statesman and diplomat,” states Pfeffer. “He’s also someone who can fight a very dirty street fight and is very paranoid and suspicious. He’s more complex than most people see, continues Pfeffer, whose perception of Bibi has developed too while writing his book.

“One of the things I learnt that really struck me about Netanyahu is he is much more cautious and risk-averse than he is given credit for being because people think he is a warmonger … He talks up the talk but he is very cautious when it comes to using large-scale military power.”

This wary approach also extends to Netanyahu’s own political branding; he treads cautiously when biographers approach him, and Pfeffer has certainly been no exception.

“Bibi has his own view of history and wants his own place in history to be defined by him,” remarks Pfeffer. At the very end of his book, Pfeffer explains that while almost every Israeli has a “Bibi story”, there was one Israeli who refused to cooperate – Netanyahu himself.

Casting his eye across the Mediterranean Sea, Pfeffer will also discuss the future state of Europe as the continent grapples with slow economic growth and the populist anti-European Union right-wing movement in a panel called “Dead Europe” with international relations expert William Clapton, Turkish writer Ece Temelkuran and editor of Australian Foreign Affairs Jonathan Pearlman on Thursday, May 2 at Carriageworks. 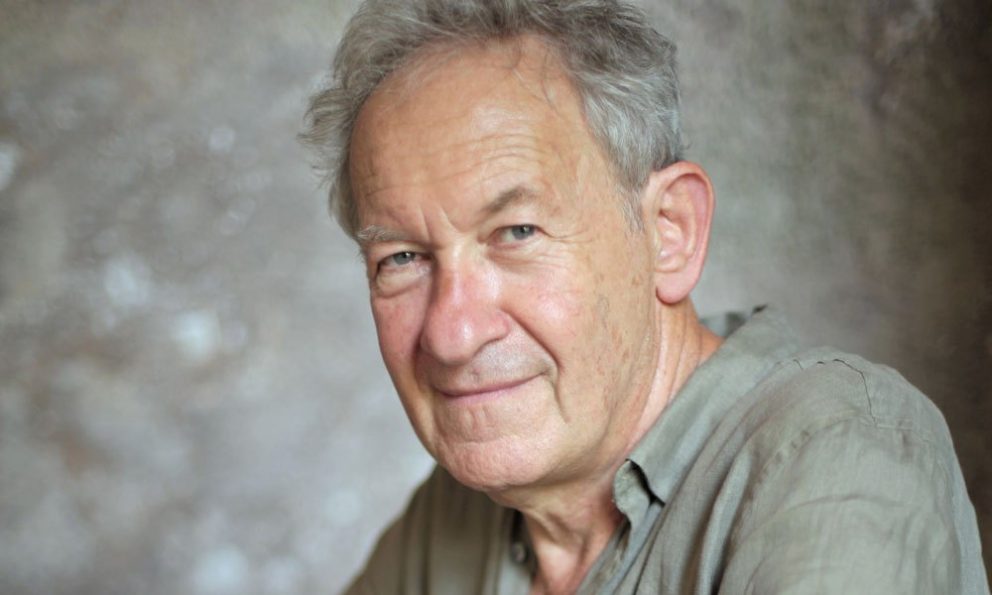 Both feet remaining on European soil but leaping back a few hundred years, British historian Simon Schama will focus on the perilous plight of the Jewish people at Carriageworks on May 5. The second volume of his colossal undertaking, entitled Belonging: The Story of the Jews 1492-1900, paints in rich and compelling detail individual stories as moulded by external events.

One of the world’s wittiest and wisest wordsmiths, Schama’s labour of love to the English language in Wordy, which will be discussed at the Sydney Town Hall on May 4, delves into topics as disconnected and diverse as pomegranates, the colour blue and Sir John Falstaff. 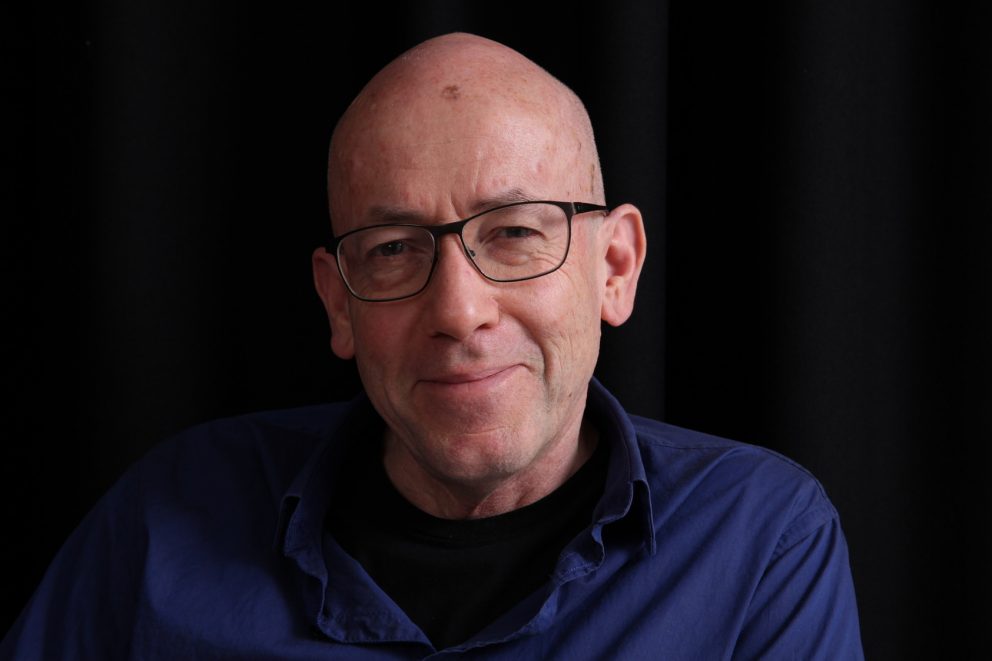 Discussing the challenges of introducing Holocaust education to young readers will be authors Jackie French and Morris Gleitzman at the Sydney Jewish Museum on May 5, with the museum’s head of community stories Jacqui Wasilewsky introducing Holocaust survivors Beate Hammet, Jacqueline Dale and Kitty Lowinger.

Markus Zusak’s enthralling bestseller The Book Thief may seem the perfect example of Holocaust literature directed at young readers, but on May 2 at Carriageworks, Zusak will be focusing all attention on his recently published novel, Bridge of Clay – a heart-wrenching intergenerational family epic about five brothers learning to navigate the adult world.

The following day, director of The Human Cybercriminal Project at Oxford University, Jonathan Lusthaus, who recently wrote Industry of Anonymity: Inside the Business of Cybercrime, will shed light on a human side to cybercrime often kept in the darkness at Carriageworks.

“As soon as crime types come along that use technology, people seem to get distracted by these new elements,” he says. “By learning about the offenders we can develop much broader policy solutions than just a technical arms race. A big part of this would be around understanding how and why people get into cybercrime and what could be done to create pathways away from crime, perhaps into legitimate industry,” explains Lusthaus.

Pointing to Eastern Europe “where an excellent technical education system is creating a glut of talent that can’t be supported by the tech sector in the region”, Lusthaus emphasised how greater job opportunities may open the gates to more entrepreneurs and programmers, who otherwise may be lured into world of cybercrime.

For more information and bookings, visit www.swf.org.au. Anshel Pfeffer will speak at NIF’s Yom Ha’atzmaut evening function in Sydney on May 5 and in Melbourne on May 12. Bookings: www.nif.org.au/yomhaatzmaut19.