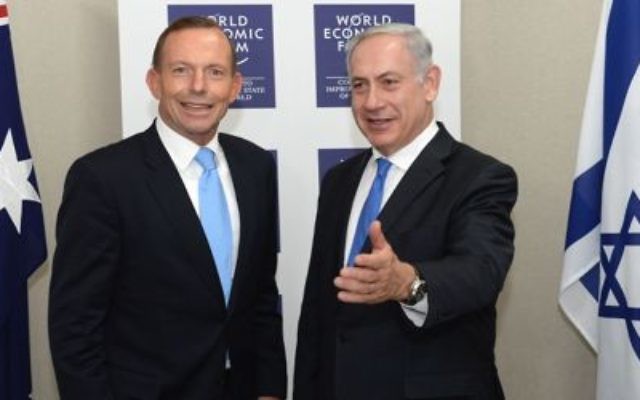 BENJAMIN Netanyahu has postponed a trip to Australia in mid-July in the wake of the kidnapping of three Israeli teenagers last week.

Netanyahu, who was due to arrive in Australia on July 13 for a whirlwind five-day tour with public speaking appointments in Melbourne and Sydney, would have become the first serving Israeli Prime Minister to visit Australia.

Israel’s ambassador to Australia Shmuel Ben-Shmuel told The AJN in an exclusive interview this week that he believes that Netanyahu will still visit in the future.

“I have no doubt in my mind that the Prime Minister will eventually arrive in Australia,” Ben-Shmuel said. “The decision to come to Australia is a historic decision which shows the close friendship and the growing bilateral relations between Israel and Australia.”

Netanyahu was scheduled to touch down in Sydney, before making his way to Canberra and then Melbourne.

Communal leaders were informed on Tuesday that the trip had been cancelled following the kidnapping of the three teenagers in Israel.

“Our thoughts and prayers, like the Prime Minister’s, are with the families and the boys and we can only hope and pray that the boys come home,” Goot said.

“We understand what brought about this decision and we join with the rest of Israel in praying for the safe recovery of the three boys, Naftali, Gilad and Eyal,” Lamm said.

He reaffirmed his hope that Netanyahu would come to Australia and emphasised the close relationship of the two countries.

“Were the visit to take place it would bring two great leaders together, Tony Abbott, who leads a government that strongly supports Israel, and Benjamin Netanyahu.

“Australian Jewry of course would have much naches and pride in the visit.”