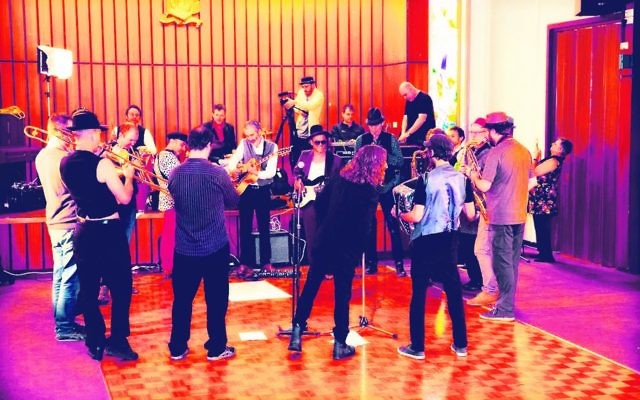 When 20 leading musicians join forces to reinterpret Yiddish songs, the result is the infectious sound of YID! Rebecca Davis reports.

IN a small music rehearsal room in Melbourne’s inner north, five figures of the Australian music scene slouch, sprawl and sit cross-legged. There are guitars, a piano and a drumkit. A piece of music is played. Feet stomp. Heads rock. Intense eyes dart between the now, and the distance; lost in melody, yet grounded in synergy.

Simon Starr, the acclaimed jazz musician/composer, leads the troupe in rehearsal, switching between guitar and drums. He is joined by brother and musician/composer, Adam Starr, and the prominent duo Husky Gawenda and Gideon Priess — the guys behind indie-folk outfit, Husky.

The quintet is rounded off with the renowned Willy Zygier. But the five are only one quarter of their latest project, YID!, a mesmerising 20-piece ensemble, a multi-genre mix of musical expression with Yiddish as the focus.

Put simply, YID! takes the traditional tunes of the Shtetl and injects modernity, and a little theatre. “The result is a new fusion of tribal beats, improvised riffs and indie vocals”, says Starr.

The idea behind YID! stemmed from a conversation between Starr and Zygier in late 2015.

Starr, who has been a jazz musician and composer for many years and has performed with bands such as Frock, had just returned to Melbourne after six years living in Israel between kibbutz and moshav.

“We were just chatting and I had a half-joking idea about how I could make some money now that I was back in Australia with a 20-piece band,” chuckles Starr.

“I kept running into people that I hadn’t played with in years. I wasn’t going to have a party, and people are busy, so I thought the best way to see everyone would be to organise a show.

“I would say, ‘I’m thinking of starting a band, and it’s going to be a gypsy-electronica-funk-jazz- indie-rock big band … in Yiddish. Are you interested?’”

Simon was bemused when everyone promptly answered ‘Yes’. 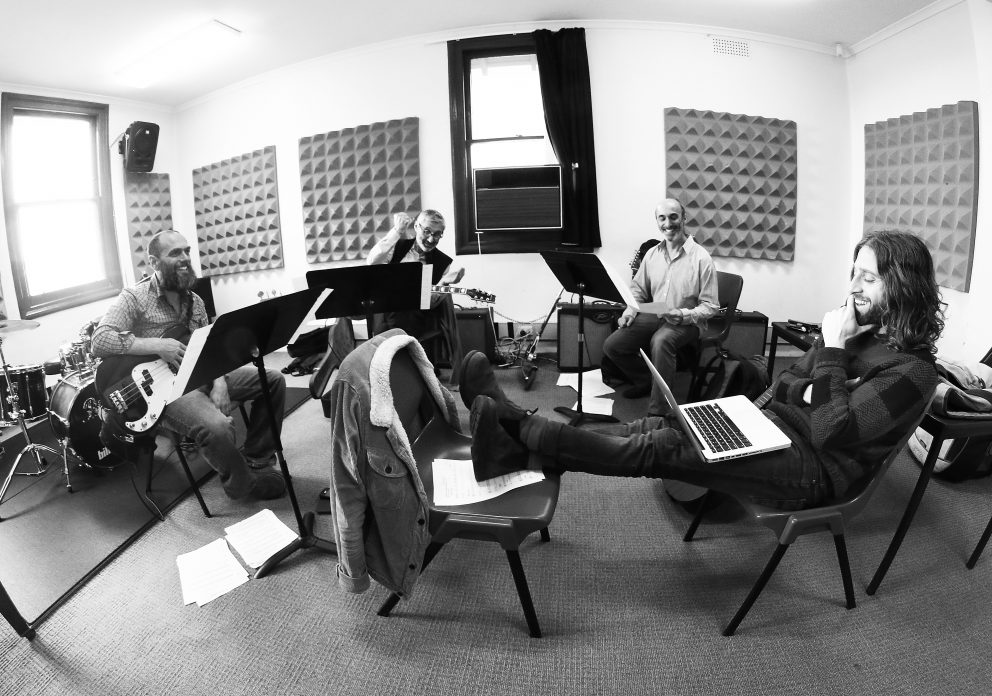 In rehearsal with YID!

Last November the musicians came together with a line-up that also included Alex Burkoy (Tinpan Orange), pianist Tomi Kalinsky, percussionist Ariel Valent, drummer Daniel Farrugia and electronic keyboard players Josh Abrahams (Puretone) and David Haberfeld (Honeysmack). The band also has a large brass and woodwind section.Describing the collaboration as an “explosion of energy”, Starr notes that most of the musicians are band leaders with successful careers.

“There is a lot of history, a lot of trust and understanding and humour – it really is a party,” Starr enthused.

“There is no one taking a backward step. I asked them to bring their golden ears, their open minds, and their gorgeous hearts.”
Underlying Starr’s vision, is a concert in which he performed at the Tel Aviv Museum in front of more than 1000 fans. In the middle of one song his drummer got up and gave Starr a big hug.

“That is the sort of vibe I want to have all the time now,” he said excitedly.

“Musically, those six years in Israel were like my walk in the wilderness, my coming of age where my eyes and ears were blown open.”

YID! made its debut at this year’s In One Voice festival in March and returns to the stage for a concert at the Kadimah in Elsternwick on July 29.

“I would hope that the audience leaves feeling like they have eaten a very filling meal that has touched on every part of their palate – musically,” says Starr.

“And that they feel uplifted and engaged with this great history and culture.”

YID! will perform, supported by the Julien Wilson Trio, on July 29 at the Kadimah, Elsternwick at 8.30pm. Bookings: www.trybooking.com/QIUL.