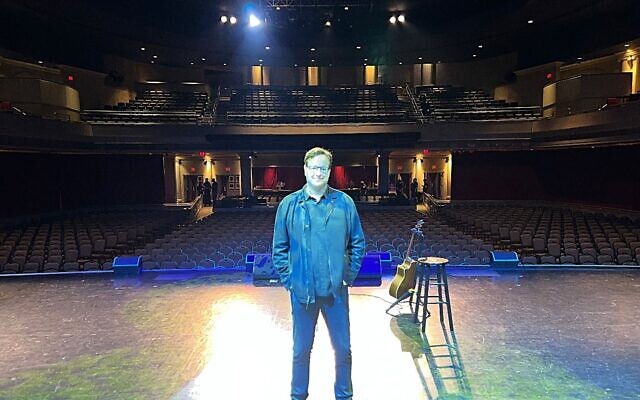 Bob Saget on stage before one of his final shows at the Hard Rock Live Orlando. Photo: Twitter.

Comedian and actor Bob Saget, best known for his role on Full House, has been found dead in a hotel room in Florida. Detectives have found no sign of foul play or drug use, however his cause of death is yet to be determined.

His passing has been confirmed by the Orange County Sherriff’s office on Twitter, saying Saget was found unresponsive in his hotel room.

Earlier today, deputies were called to the Ritz-Carlton Orlando, Grande Lakes for a call about an unresponsive man in a hotel room. The man was identified as Robert Saget & pronounced deceased on scene. Detectives found no signs of foul play or drug use in this case. #BobSaget pic.twitter.com/aB1UKiOlmi

Saget, who was born in Philadelphia to a Jewish family, originally wanted to be a doctor. It was an english teacher who saw his potential, convincing him to pursue a career in films. He was part-way through his latest stand-up tour and had last performed in Jacksonville on Saturday night.

Saget was everyone’s favourite dad, who, alongside his brother-in-law Jesse, and best friend, Joey, navigated raising three daughters, following their mother’s death. Full House ran for eight seasons, wrapping up in 1995, but returned for Fuller House in 2016.

He had audiences in stitches with each show. And the feeling was mutual, with Saget’s final tweet, sent out just hours before his death, saying he’s “happily addicted” to comedy and had no idea he would end up doing such a long set.

Celebrities have come out in droves to pay tribute to Saget who has been described as one of the nicest and funniest guys around.

He had the biggest heart and wore it on his sleeve. He was so generous with his feelings. A mensch. #BobSaget

Drew Carey said: “Well this one hurts. I loved Bob Saget. He gave me so much encouragement when I first started out. He was a real friend to me too. Not just a mentor. I always looked up to him…”

I know that people lose loved ones, good people, every day. No one gets a pass. But the loss of Bob Saget hits deep. If you didn’t know him, he was kind and dear and cared about people deeply. He was the definition of “a good egg”. Too soon he leaves. #RipBobSaget

Sail on my friend Bob Saget With your huge heart and abject lunacy,my condolences to his daughters & other family