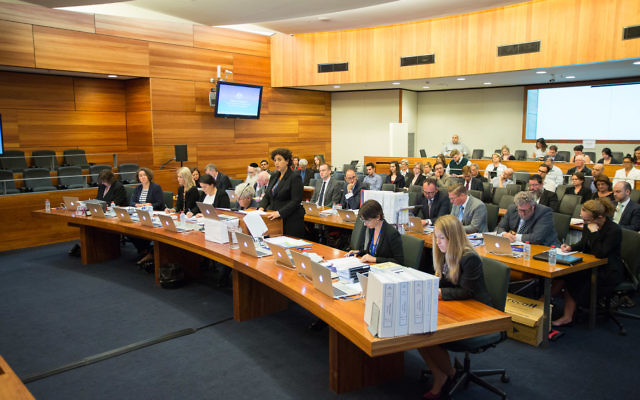 There were several bombshells dropped during the first day of the Royal Commission into Institutional Responses to Child Sexual Abuse in the Jewish community.

The first was an allegation that Chabad stalwart Ron Tatarka told Yeshivah Centre director Rabbi Yitzchok Dovid Groner about abuse allegations against David Cyprys in 1984, years before Cyprys committed offences against Manny Waks and another victim, known as AVA to protect his identity.

It was also revealed that Cyprys still had keys to the Yeshivah mikvah in 2007, years after allegations of abuse within the mikvah came to light and at a time when Yeshivah said he no longer had an association with the organisation.

Meanwhile, the victim known as AVA, revealed that he has become suicidal because of his abuse.

“I have regular suicidal ideation which requires medication to control,” AVA said.

“Even with the medication, I still think about suicide to the point that it is almost a part of me.”

In other news from the hearing, it was confirmed that Don Wolf has stepped down as chairman of Yeshivah.

Go to the AJN’s Facebook page to stay up to date daily.