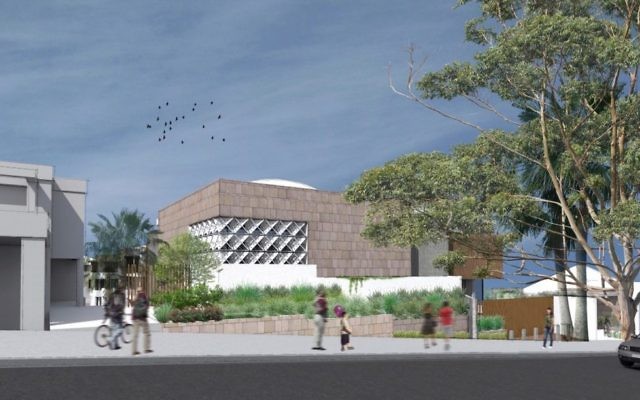 An artist's impression of the proposed shule at 105 Wellington Street, Bondi.

After 11 long years the Russian Jewish community in Bondi was frustrated by the lack of progress when it came to building their new shule.

That boiled over last week when the Land and Environment Court rejected Friends of Refugees of Eastern Europe (FREE)’s latest development application (DA).

Despite the frustration, the outcry and hysteria in the last week has been farcical.

FREE’s spiritual leader Rabbi Yehoram Ulman claimed that the decision “basically implies that no Jewish organisation should be allowed to exist in residential areas”.

He said that the decision “stands to stifle Jewish existence and activity in Sydney, and indeed, by creating a precedent, the whole of Australia”, that the decision rewards terrorism and that Waverley Council “have effectively placed in jeopardy the future of Jewish life in Australia”.

It would appear, based on Rabbi Ulman’s comments and the subsequent flurry of media reports, that Waverley Council is against the Jewish community.

But if you look beyond the rhetoric and hyperbole, the truth is that the allegations against Waverley Council are unfounded.

In 2016, FREE lodged a DA with Waverley Council to build a synagogue, underground carpark and 32 apartments at 105 Wellington Street in Bondi.

The DA included, to the surprise of security experts and leaders of the community, a generic preliminary threat and risk analysis report.

The report, submitted by FREE, also stated that it is possible there would be a hand-grenade attack, riots, a shooting, including a hostage scenario, “at the entrances, assembly areas or windows, from the street or neighbouring balconies” and a chemical or biological attack.

Communal leaders and security experts have expressed to The AJN absolute shock that FREE included the document. By identifying the risks, rightly or wrongly, the onus is then on FREE to address them.

Waverley Council was considering the application when FREE utilised an option it had in the planning rules to remove the DA from Council and instead present it to the Land and Environment Court.

FREE is right that Waverley raised security as an issue in court, but it was Commissioner Graham Brown, who heard the case and found that FREE did not address the issues that it raised in its own submission.

Waverley Council has not supported the building of this project for more than seven years, largely because it wanted to keep the site as open space, as it was when owned by the Maccabi Tennis Club until 2005.

Waverley Mayor Sally Betts even told the community she would try to buy the land from FREE, or compulsorily acquire it, when it was re-zoned by the NSW Government and the likelihood of apartments on the site became a reality in 2015.

So it is fair to say that the Council is not squeaky clean in this debate, but they are not Jew-haters as others have stated and they aren’t ruining Jewish life in Sydney.

Waverley Council has been a partner for the Jewish community for decades and has approved dozens of security upgrades to Jewish sites within Waverley.

Importantly, despite the rhetoric you will hear from many people, Waverley Council did not reject the proposal last week. The proposal was rejected by the Land and Environment Court.

This is not an attack on Judaism and it is not a win for terrorism, it’s a reflection of what happens when you tell the community that it is possible they will be targeted by a 500kg car bomb without offering any assurances about their safety or the fact that there has never been such an occurrence in Australia before.

Moving forward, it is hoped that FREE will re-submit their DA, that Waverley Council will assess the DA on its merits and that, as soon as possible, there will be a shule at 105 Wellington Street in Bondi.

A meeting between the two parties on Wednesday morning is the first step in that direction.