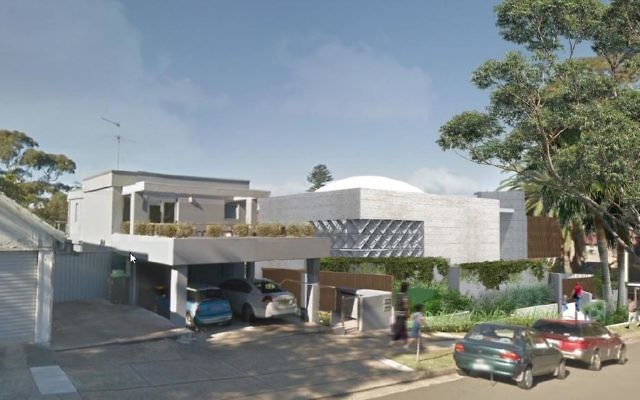 An artist's impression of the proposed synagogue at 105 Wellington Street, Bondi.

FRIENDS of Refugees of Eastern Europe (FREE)’s development application for a new synagogue on Wellington Street has been rejected by the Land and Environment Court due to security concerns.

In a statement, FREE spiritual leader Rabbi Yehoram Ulman said the decision was “unprecedented”, and its implications were “enormous”.

“It basically implies that no Jewish organisation should be allowed to exist in residential areas,” Rabbi Ulman said.

“It stands to stifle Jewish existence and activity in Sydney and indeed, by creating a precedent, the whole of Australia, and by extension rewarding terrorism.”

A spokesperson for Waverley Council said on Friday that Council “did not refuse this development application. It was a decision of the Land and Environment Court.”

The spokesperson noted that the Court “found the potential risks outlined by the applicant’s own report were not addressed appropriately”.

“In particular, the risks to neighbours and passers by were not sufficiently addressed.

“The Court found that it was clearly the applicant’s responsibility to address these risks. For this reason, the Court refused the appeal.”

NSW Jewish Board of Deputies CEO Vic Alhadeff said the Board “does not take a position on individual development applications; however, this decision by the Land and Environment Court sets a dangerous precedent which has the ability to stifle the establishment, expansion or upgrade of key Jewish institutions”.

“In today’s climate many communities are required to take security precautions, as are public institutions such as police stations, emergency departments, government buildings and a range of other facilities,” Alhadeff said.

“It’s a sad day if an established community which needs a house of worship is refused permission to build it because of fear that others may pose a threat. This is a victory for terrorism.”