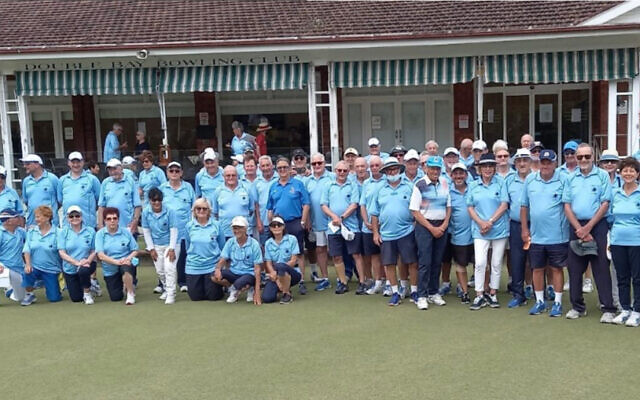 MORE than 80 Maccabi NSW lawn bowlers ended 2021 on a high with a Festival of Bowls carnival at Double Bay from December 26-30, featuring daily afternoon triples competitions, and a big barbecue dinner.

Shmuel Abrahams was named the winner of the Bernie Garden recognition award for his lifetime membership and support of Maccabi NSW lawn bowls, and his volunteer work for many communal organisations.

It capped off a great year on the greens for Maccabi members, with many winning tournaments, and end-of-year awards, at Double Bay Bowling Club.

In the men’s, Lance Shofer was the minor singles champion, Pepe Glick won the major singles, Phil Joel and Conway were the pairs champions, and Jack Kampel, Sol Caganoff and Les Lilian were part of the winning major fours team.

SWIMMING
Maccabi in the swim at MetSea 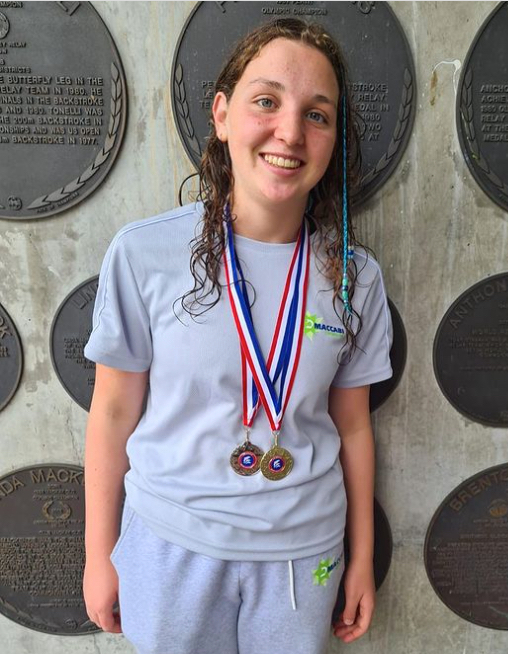 Maccabi swimmer Savannah Goldring at the 2022 MetSea Swimming Championships, wearing her two medals from the meet.

The club posted on Instagram “first long course meet for 2022 – the Metsea championships with a slightly smaller crew. Looking forward to plenty more [events]. We’ll done everyone, and get we’ll soon to those who couldn’t swim”.