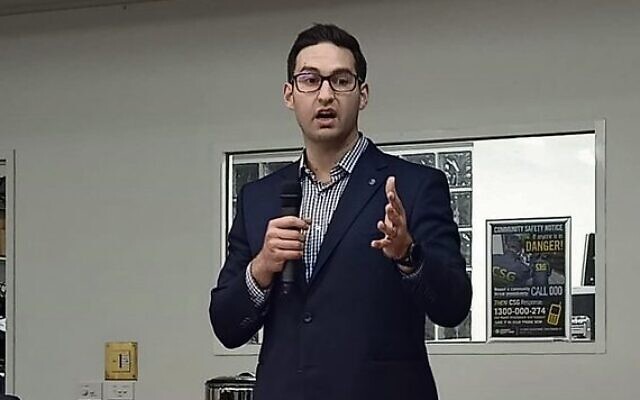 IN his first address to a Jewish communal organisation since being re-elected recently as Labor Member for Macnamara, Josh Burns explained why the Albanese government decided last week not to sign the US-led statement condemning the United Nations Human Rights Council’s Commission of Inquiry report on Israel.

While Australia didn’t put its name to the American protest, Australia’s representative to the UNHRC, Amanda Gorely, expressed the government’s “fundamental concerns” about the permanent inquiry into Israel and the “disproportionate scrutiny” of the Jewish state.

“Australia’s guiding principle will be advancing the cause for peace. Viewing any conflict from one perspective will not achieve that goal,” she said.

Speaking to the Zionism Victoria executive meeting on Tuesday night at Beth Weizmann, Burns reflected, “Do I think there is any substantive difference between us and the Americans? Absolutely not. Would I have been happy for Australia to sign the American statement? Yes I would.”

However, he noted that “Australia wanted to project that we have our own voice as part of international affairs, not just in the Middle East but on matters of foreign policy. 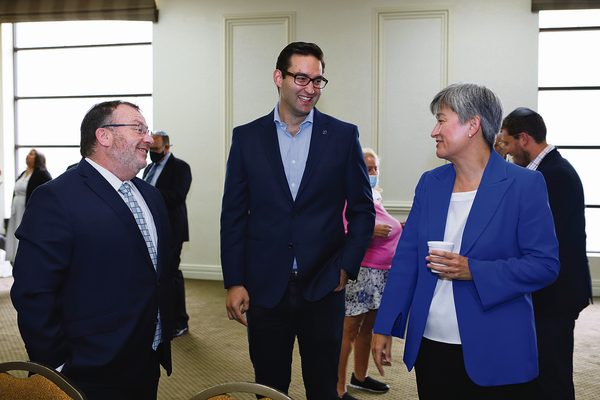 Responding to a question from Zionism Victoria president Yossi Goldfarb about the ALP’s stance on recognition of Palestine, Burns emphasised that the policy included in the party platform is not binding, and merely requests that a Labor government consider it.

Goldfarb last week expressed gratitude to the government “for speaking out against the UNHRC’s blatant bias and for upholding Australia’s bipartisan support of the Jewish state both domestically and on the international stage”.

“That the Israeli–Palestinian conflict is the only global situation deemed worthy of a permanent commission of inquiry already highlights the UN’s prejudiced view of Israel. But this is further underlined by the report’s findings which focus almost entirely on allegations of Israel while skimming over the crimes perpetrated by Hamas.

“Amid speeches that were overwhelmingly hostile to Israel, we are grateful to the new government.”