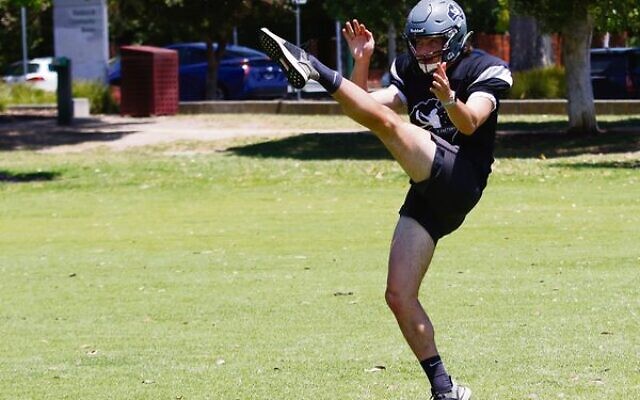 THE California Polytechnic State University Mustangs have decided to take a punt on 18-year-old Jewish Melburnian Jesse Ehrlich by offering him a full American football scholarship commencing in early 2022.

And the talented, highly driven left-footed punter (kicker) – who has worked towards this goal for six years – is keen to deliver.

“Joining a Division 1 college football squad as a punter was always my ambition, so to have a scholarship offer like this is pretty incredible.” 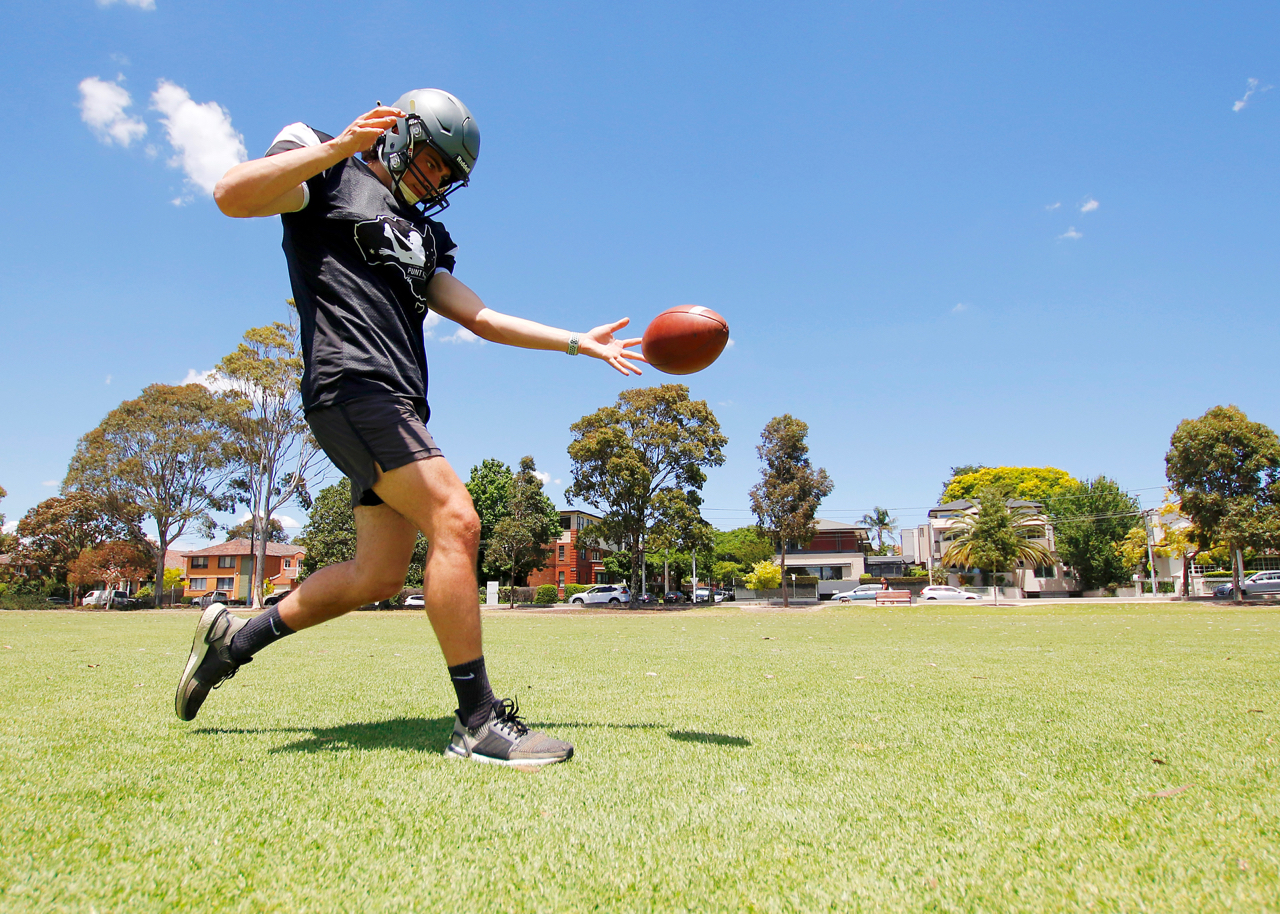 Having played Australian Rules footy for AJAX from U10s to U16s, Ehrlich already had strong catching and long-range kicking skills.

But it was a chance sighting of an American football punting academy practice session when he was 13 – at an oval next to netball courts where his sister was playing – that planted a seed in his mind to give punting a crack.

“That opened a whole new sport to me,” Ehrlich recalled. “I ended up going to weekly practice sessions, and when that academy shut down, I joined a new one called The Punt Factory.

“It has people like (former AFL stars and retired NFL punters) Sav Rocca and Darren Bennett involved in their coaching department (led by Aaron Perez) and they’ve been really supportive.” 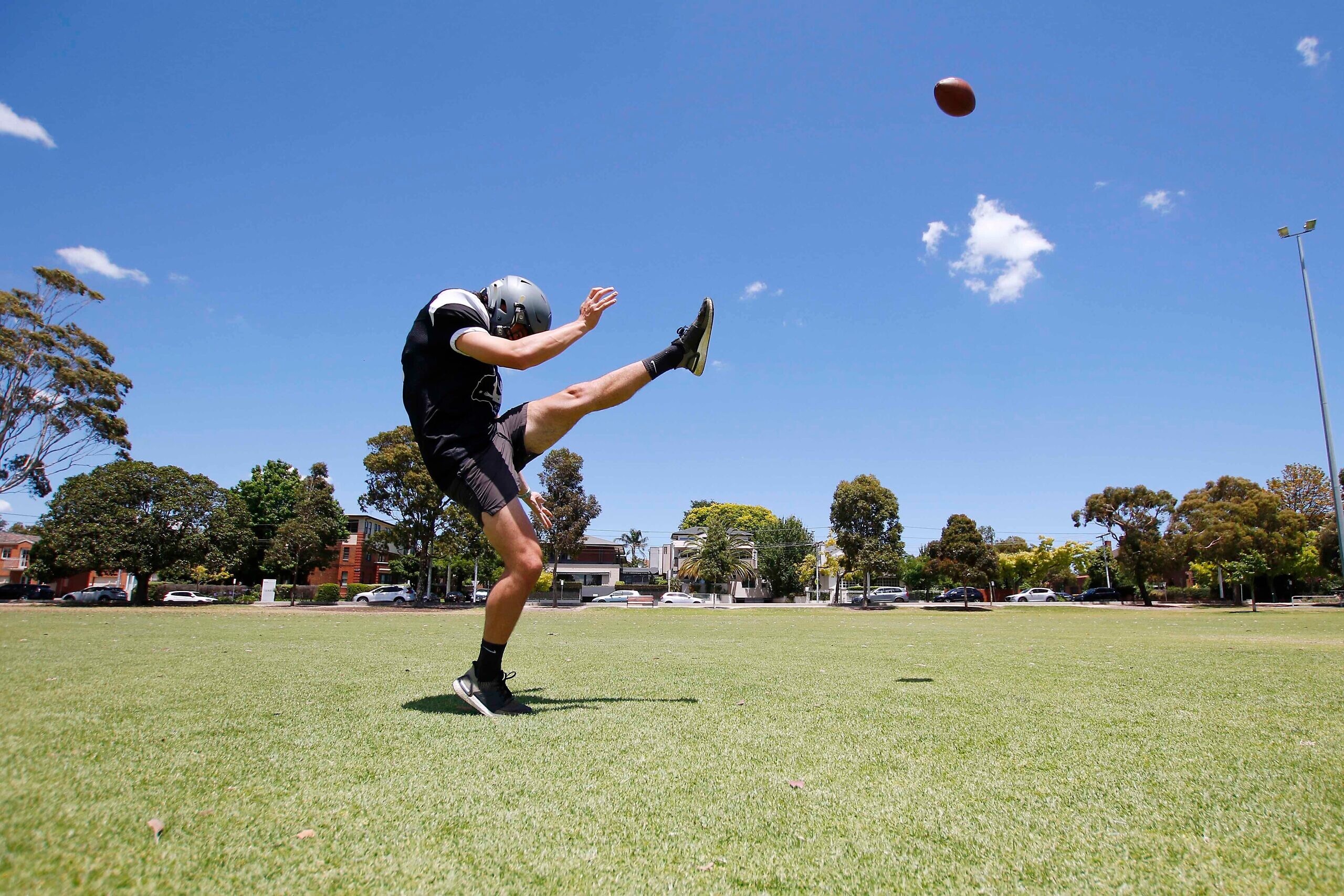 Although there are similarities to Aussie Rules style kicks, Ehrlich said the skillset needed “is very different”.

“The ball is smaller and more pointed, and it also has less of a sweet spot,” Ehrlich explained.

“And while punters are pretty protected, you only have about 1.4 seconds to catch and punt the ball [during fourth downs], so you have to be very poised, and know where to be on the field to execute the right play.

“I found that once you understand the basics, you can really focus on your technique to make major improvements.” 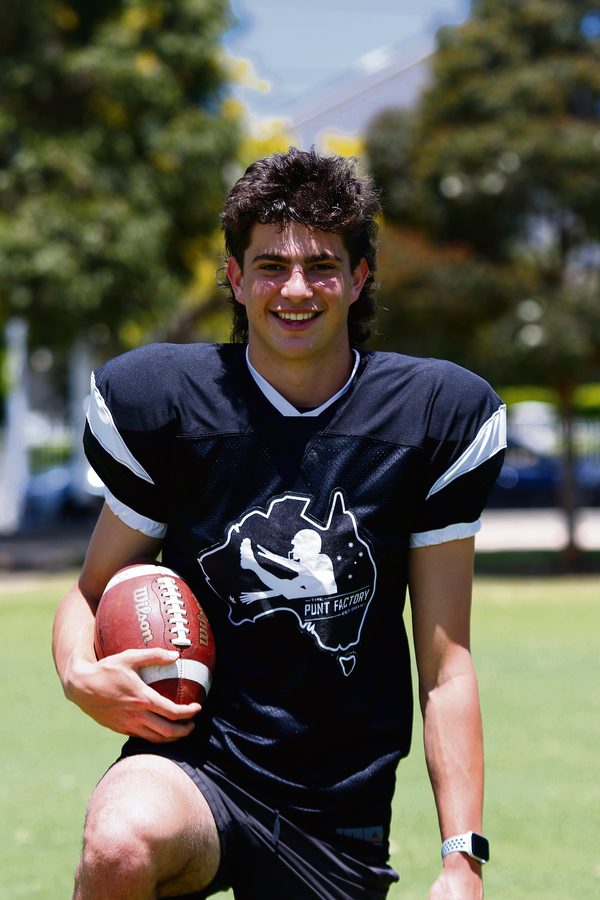 Ehrlich can now punt more than 45 metres and make the ball reach towering heights, remaining in the air for five seconds.

There are currently dozens of Australian-born punters in the US college football system, and five former AFL players signed by NFL clubs.

“I feel very lucky that I started punting quite early, because a lot of Aussie punters come into the college system when they’re a bit older,” said Ehrlich. “I think it also helps that I’m a left-footer.”

Ehrlich said he will spend the next few months training, and building up his strength, before heading to California ahead of the start of the pre-season, which begins in early August.

He said his goal is to become the starting punter by his senior year, to keep improving and to enjoy the experience and atmosphere of college football, which can draw crowds of more than 60,000 to blockbuster games.

“I’m super excited, and would just like to thank my family, The Punt Factory and my careers advisor and head of year 12 at Mount Scopus College, for all their support.”

Ehrlich playing junior footy for AJAX a few years ago. 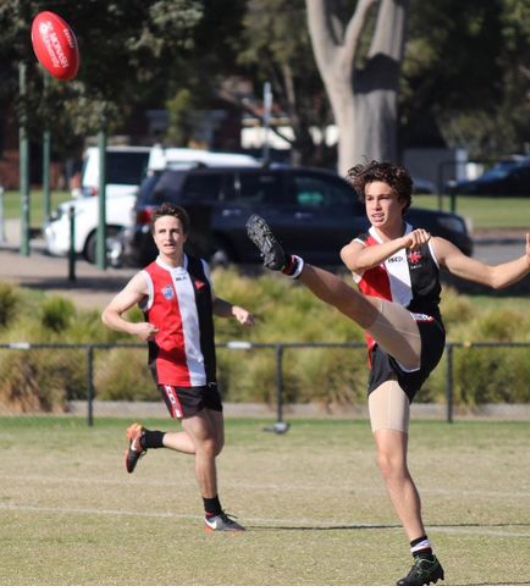 Jesse when he was playing junior Aussie Rules footy for the AJAX U16s.