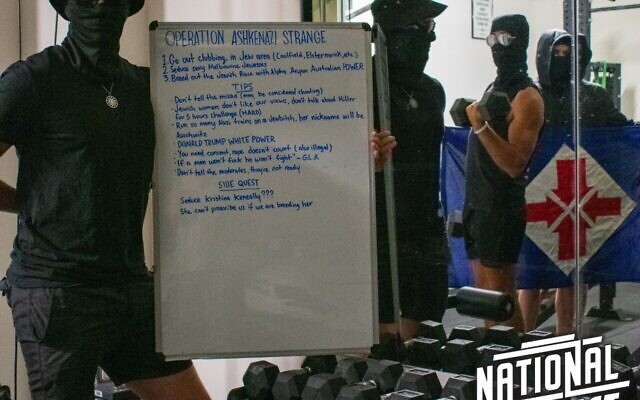 VICTORIA Police is investigating a threat by the National Socialist Network (NSN) calling on people to engage in group sex with Jewish women in Melbourne in a bid to “breed out the Jewish race”.

The group also instructs members to “run so many Nazi trains” on Jewish women, a term used to describe a group of men engaging in sex with one woman.

Meanwhile, Anti-Defamation Commission chair Dvir Abramovich was also targeted by the group after they posted a photoshopped image of him inside a gas chamber with a yellow Star of David superimposed on his forehead. 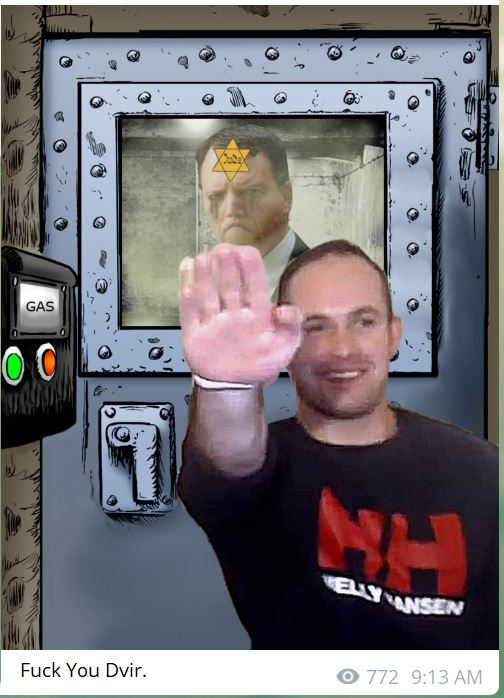 Abramovich spoke twice with Acting Police Minister Danny Pearson about the threats made against him personally and the Jewish community by the NSN. The minister referred matters to Victoria Police and the ­counterterrorism unit, who are now investigating.

“Police are making inquiries after being made aware of several offensive social media posts,” a Victoria Police spokesperson told The AJN on Tuesday.

“Anyone with information is urged to contact Crime Stoppers on 1800 333 000 or submit a confidential report online at www.crimestoppersvic.com.au.”

Pearson told The AJN, “This kind of disgusting and dangerous threats will not be tolerated in our society.

“Anyone engaging in this kind of behaviour will be referred to Victoria Police and should face the full consequences of the law.”

Repeating his call for the federal government to immediately designate the NSN and other neo-Nazi groups as terrorist organisations, Abramovich said, “These stomach-churning posts not only reveal the true nature of the neo-Nazi beast in our country, but a rising climate of radicalisation in which Hitler worshippers openly fantasise about gassing a Jewish leader and call on unrepentant bigots to be on the hunt and rape Jewish women and share such threats online.”

He added, “There is no telling where this dangerous incitement will end, though we know that where white supremacists gather, violence usually follows.”

Meanwhile, two men have been charged after bombs and neo-Nazi material were discovered in raids on Adelaide homes allegedly linked to the same group.