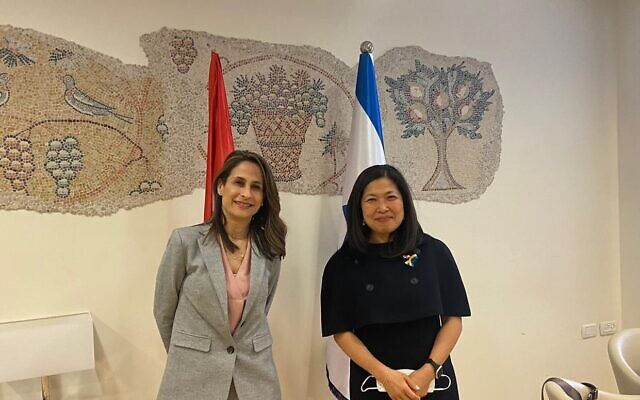 Israel and Canada are working to deepen their trade and commercial relationship and are set to build on an existing agreement to advance science, technology and innovation partnerships, Canada’s Minister of International Trade Mary Ng told The Times of Israel on Wednesday.

Ng, whose ministry also tackles export promotion, small business and economic development, was on a three-day visit to Israel this week to meet with a host of Israeli government officials and attend a special event for female leaders in Israel’s celebrated high-tech industry.

She met with Minister of Economy and Industry Orna Barbivai in Jerusalem on Monday, followed by a sit-down with Minister of Innovation, Science and Technology Orit Farkash-Hacohen, on Tuesday. The Canadian minister also met with Palestinian officials in the West Bank as part of her official visit and will leave Israel Wednesday for Dubai and Abu Dhabi for the next leg of her trip. The minister’s first stop was in India.

Speaking by phone to The Times of Israel on Wednesday, Ng said her meetings with both Barbivai and Farkash-Hacohen were “excellent” and “quite productive” as the ministers discussed ways to “deepen our trade and commercial relationship,” building on a trade agreement that has been in place for some 25 years.

Israel and Canada will also “build on our existing collaboration around science and technology and commercialisation and refresh this excellent partnership,” Ng said.

This specific partnership will engage public figures, business and academic leaders in both countries to advance commercialisation opportunities for initiatives co-developed between entrepreneurs and research institutions, the Ministry of Innovation, Science and Technology explained in a statement. Once finalised, Canada and Israel are set to triple annual investment through this partnership to support business-led research and technology innovations, it added. 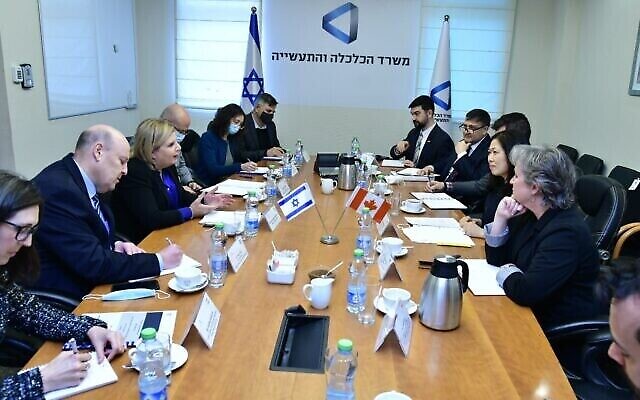 Ng praised both Israel’s tech successes and Canada’s innovation and entrepreneurial ecosystems, noting that she and her counterparts also discussed challenges surrounding inclusivity and the under-representation of women in Israel’s tech industry.

“One of the first things we talked about was how to ensure that as we are growing our economies, we are growing them in a way that is inclusive,” said the Canadian minister.

Ng pointed to Canada’s US$6 billion Women Entrepreneurship Strategy to encourage female entrepreneurship and leadership in business spheres as an excellent start.

The strategy posits that advancing gender equality and women’s participation in the Canadian economy could add up to US$150 billion in GDP.

“I always say to my international colleagues: If the world follows suit, it’s [US]$12 trillion to the global economy,” she said, by promoting women as well as other under-represented groups across countries.

Ng said she found “a lot of alignment” between herself and her Israeli counterparts.

Barbivai said in a statement from her office that Canada was a “dear” ally and an “important trade partner” with whom Israel has significant economic ties that date back decades.

“I have no doubt that trade relations and cooperation between the countries will continue to grow and intensify,” the Israeli minister said. 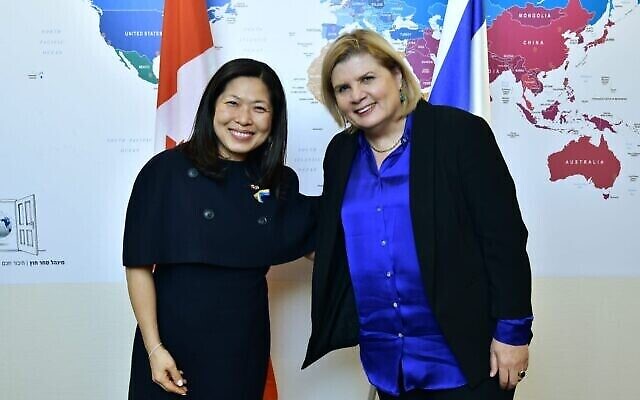 In 2018, Israel and Canada signed an updated free trade agreement that improved access to the Israeli market for Canadian companies through the elimination and reduction of tariffs on agricultural and fisheries products, and added new provisions on business conduct for small and medium-sized businesses, trade and labor, trade and gender, and environmental protections.

Trade between Canada and Israel was valued at nearly US$1.8 billion in 2021. Exports from Israel to Canada mainly consist of chemicals, electrical and mechanical machinery, plastics, and food products, while imports from Canada to Israel are mainly diamonds and precious metals, machinery, food products, and optical and medical equipment.