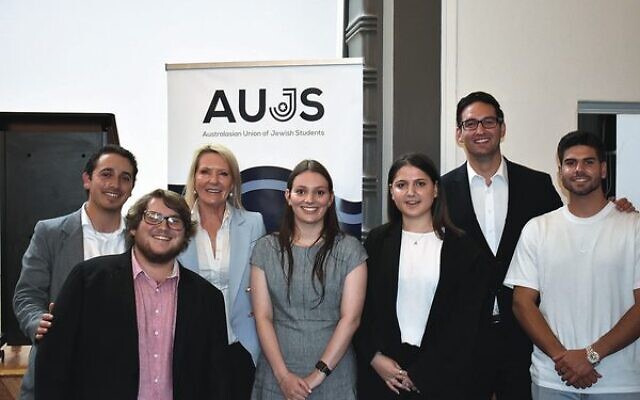 With the announcement of the federal election imminent, the Australasian Union of Jewish Students (AUJS), Australasian Zionist Youth Council (AZYC) and The AJN hosted the AUJS Great Debate for the electorate of Macnamara on Sunday night.

Jewish youth were given the opportunity to relay their concerns and questions to Josh Burns, the incumbent Labor member and candidate, and newly announced Liberal candidate Colleen Harkin. Greens candidate Steph Hodgins-May was not in attendance due to having contracted COVID-19.

AUJS public affairs coordinator Eddy Lichtig said, “This debate is important to young people, ensuring they are active citizens and find a party that aligns with their values.”

AUJS president Natalie Gunn added, “After two years of COVID-19, this election has raised questions for young people regarding issues that directly impact us, including the cost of housing, climate change, health and economic recovery.

“The debate highlights Jewish youth’s important voice in the election and their stake in government policy.”

She added that the Jewish youth in attendance “were passionate and engaged” at the debate.

Each candidate fielded questions from Loven and the audience.

The discussion included practical ways to implement the IHRA antisemitism definition, debating party policy on the recognition of a Palestinian state, the Religious Discrimination Bill and the importance of keeping students safe from direct and indirect discrimination based on their gender identity, sexual orientation, or intersex status.

The debate also covered party views for a federal anti-corruption body, rising housing prices and party plans to combat violence against women within the community and in Australian politics. The debate concluded with both candidates discussing representing an electorate with one of the most prominent Jewish constituencies.

The evening saw an extensive group of young people attending, both from AUJS and the AZYC, alongside David Southwick MP, deputy leader of the Liberal Party in Victoria, Nina Taylor MP, and the Labor candidate for Goldstein, Martyn Abbott.

Burns holds Macnamara with a margin of 4.9 per cent after winning the seat at the 2019 federal election.

Harkin was announced as the Liberal candidate last month after the previous candidate, Christopher Ride, unexpectedly withdrew from the race earlier in March.