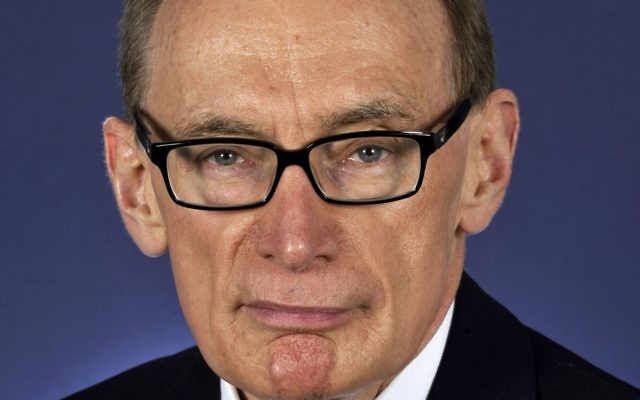 CLAIMS this week by former foreign minister Bob Carr that Opposition Leader Bill Shorten “commissioned” senior Labor frontbencher Tony Burke to move a motion at the party’s national conference in July to recognise a Palestinian state have been dismissed as “absolutely” and “utterly” untrue.

The AJN understands Burke is working with Labor foreign affairs spokeswoman Tanya Plibersek on a resolution resembling the one adopted at the NSW Labor conference last year, which stated that if no progress was made towards a two-state solution “and Israel continues to build and expand settlements, a future Labor government will consult like-minded nations towards recognition of the Palestinian state”.

The precise wording of the resolution will be determined closer to the conference.

Carr was quoted in an article in the Fairfax press on Wednesday as saying: “Bill Shorten has moved on this, that’s why he has commissioned Tony Burke to move the motion at conference.”

He added: “This is about the leader accepting the inevitability of the party position shifting because of the impact of what [Israeli Prime Minister Benjamin] Netanyahu said in the elections and the movement in party sympathies, as confirmed by three states conferences.”

A spokesperson for Shorten, however, told The AJN on Wednesday the claims were false.

“The story is incorrect, the Leader of the Opposition’s position has not changed.”

Meanwhile, a senior figure within the ALP told The AJN the story was “absolutely” and “utterly” untrue and said that Shorten was furious with Carr.

Australia/Israel & Jewish Affairs Council executive director Colin Rubenstein denounced the claims as “fabricated mischief-making, aimed at damaging the image of the ALP and its parliamentary leader”.

“It serves no interest other than to harm the ALP’s ability to play a constructive role in Australian public debate and in Middle East affairs,” he said.

Meanwhile, NSW Opposition Leader Luke Foley announced this week that any Labor MPs receiving assisted travel to Israel would be expected to “spend an equivalent time in the West Bank and/or Gaza to hear the case of the Palestinians”.

“This arrangement will mean MPs understand the Palestinian as well as the Israeli case,” Foley said.

Stating Labor believes in a two-state solution, he added: “The MPs need to see the conditions under which Palestinian people live.”

Foley urged Premier Mike Baird to match this commitment when it comes to travel to the Middle East by members of the Liberal Party.