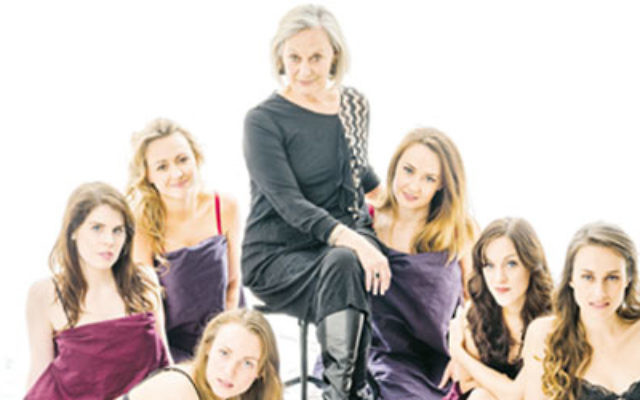 ACTOR Deidre Rubenstein stars in the new musical, Loving Repeating, about acclaimed American writer Gertrude Stein and her passion for life, which is currently at Chapel off Chapel in Prahran.

The musical explores the world of Stein, who was born in Pennsylvania in 1874 to wealthy German-Jewish immigrants. After studying psychology at college, Stein moved to Paris in 1903 with Alice B. Toklas, a younger friend from San Francisco who would remain her partner throughout her life.

Stein’s apartment on the Left Bank was a gathering spot for young artists and writers. Her first book, Three Lives, was published in 1909, followed by Tender Buttons in 1914. Her major books included The Making of Americans (1925) and The Autobiography of Alice B. Toklas (1933).

“I play the old Gertrude and two other actors play the young Gertrude (Caitlin Berry) and the middle-aged Gertrude (Jennifer Peers), so we have all been busy immersing ourselves into her life,” explains Rubenstein.

“It’s such a wonderful role playing Gertrude Stein. The show is witty and stylish with fantastic music from a live five-piece band. It’s a treat for me as it’s the first musical that I have done for many years. And it’s exciting for me to be performing with 13 brilliant young actors and dancers.”

The show opens in 1934 with 60-year-old Stein giving a lecture in Chicago, and then reverts to Stein’s early years at university.

“Gertrude was the first person to coin the word ‘gay’ for homosexual and a lot of the words she uses are in code as in those days it was difficult to be direct,” Rubenstein says. “The innuendo and euphemisms are quite delightful.”

Loving Repeating is the first production by a new Melbourne theatre company, the Vic Theatre Company which was founded by Glenn Ferguson.

“There is such eagerness and commitment by everyone in the company,” says Rubenstein.

The veteran performer has a busy year on the stage as she will be starring in the espionage thriller North by Northwest being staged by the Melbourne Theatre Company in June.

PHOTO of Deidre Rubenstein (centre) and the cast of Loving Repeating.