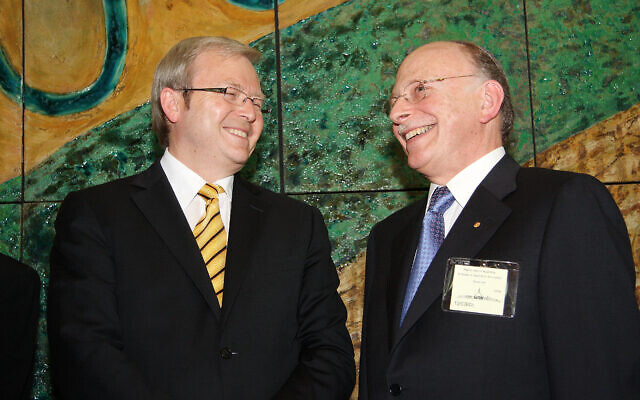 THE factional manoeuvrings of Labor’s faceless men a decade ago are convoluted enough without demonstrable misrepresentations by authors like Michael Gawenda in his biography of Mark Leibler, The Powerbroker.

Gawenda claims my memoir, The PM Years, blames the leadership coup on Leibler’s hardline faction of Australia’s Israel lobby, “plotting” in secret with Julia Gillard – a vision of “extreme, verging on conspiratorial darkness”. This is utter fabrication on his part. My simple challenge to Gawenda is to specify where I make such claims. He can’t. If he’d bothered to call me before publishing, I would have told him so.

Let me be clear: I have never claimed, nor do I believe, that Leibler or AIJAC were involved in the coup. It was conceived and executed almost entirely by factional warlords who blamed me for stymieing their individual ambitions.

It’s true my relationship with Leibler was strained in 2010 after Mossad agents stole the identities of four Australians living in Israel. Using false passports, they slipped into Dubai to assassinate a Hamas operative. They broke our laws and breached our trust.

The Mossad also jeopardised the safety of every Australian who travels on our passports in the Middle East. Unless this stopped, any Australian would be under suspicion, exposing them to arbitrary detention or worse.

More shocking, this wasn’t their first offence. The Mossad explicitly promised to stop abusing Australian passports after an incident in 2003, in a memorandum kept secret to spare Israel embarrassment. It didn’t work. They reoffended because they thought Australia was weak and wouldn’t complain.

We needed a proportional response to jolt Israeli politicians to act, without fundamentally damaging our valued relationship. Australia’s diplomatic, national security and intelligence establishments were unanimous: we should expel the Mossad’s representative in Canberra. This would achieve our goal but make little practical difference to Australia-Israel cooperation. Every minister in the national security committee agreed, including Gillard.

But obdurate elements of Australia’s Israel lobby accused us of overreacting. How could we treat our friend Israel like this? How did we know it was them? Wasn’t this just the usual murky business of espionage? According to Leibler, Diaspora leaders should “not criticise any Israeli government when it comes to questions of Israeli security”. Any violation of law, domestic or international, is acceptable. Never mind every citizen’s duty to uphold our laws and protect Australian lives.

I invited Leibler and others to dinner at the Lodge to reassure them the affair, although significant, wouldn’t derail the relationship. I sat politely as Leibler berated me. Boasting of his connections, he wanted to personally arrange meetings with the Mossad to smooth things over. We had, of course, already done this. 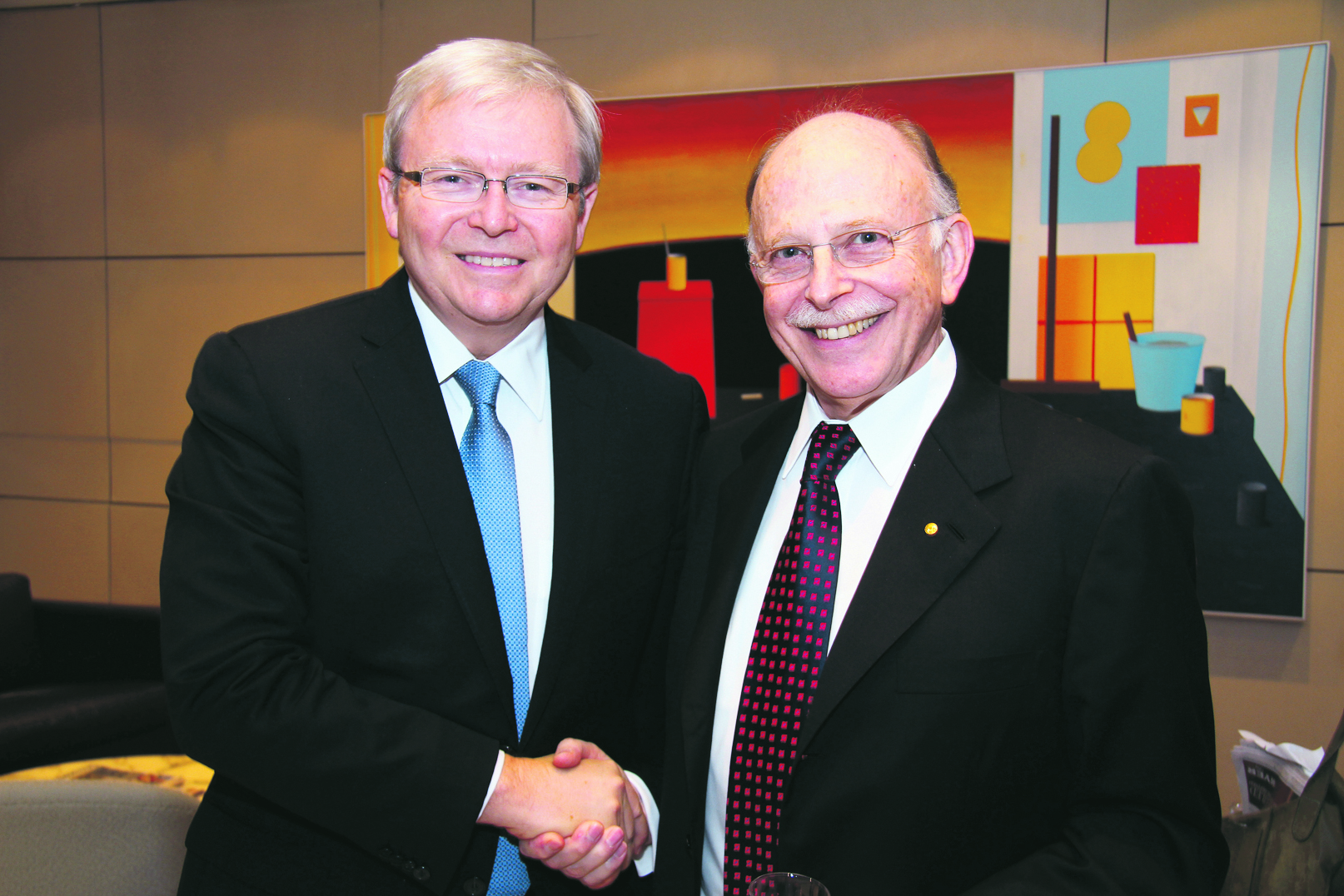 Apropos of nothing, Leibler then leaned over and, in what seemed to me a slightly menacing manner, suggested Julia was “looking very good in the polls” and “a great friend of Israel”. This surprised me, not least because I believed, however foolishly, that my deputy was loyal.

Leibler’s denials are absorbed wholly by Gawenda, solely on the basis of his notes. Give us a break, Michael – why would Leibler record such behaviour? It’s also meaningless that others didn’t hear him since, as often happens at dinners, multiple conversations occur around the table. The truth is it did happen, hence why I recorded it in my book. I have no reason to invent such an anecdote.

In fairness to Gillard, her eagerness to befriend Leibler reflected the steepness of her climb on Israel. She emerged from organisations that historically antagonised Israel – the Socialist Left and Australian Union of Students – and often overcompensated by swinging further towards AIJAC than longstanding Labor policy allowed.

By contrast, my reputation was well established, untainted by the anti-Israel sentiment sometimes found on the political left. A lifelong supporter of Israel and security for its people, I defied Labor critics by proudly leading Parliament in praise of the Jewish State’s achievements. I have consistently denounced the BDS campaign targeting Israeli businesses, both in office and since. My government blocked numerous shipments of potential nuclear components to Iran, and commissioned legal advice on charging president Mahmoud Ahmadinejad with incitement to genocide against the Jewish people. I’m as proud of this record as I am of my longstanding support for a two-state solution.

I have never considered that unequivocal support for Israel means unequivocal support for the policies of the Netanyahu government. For example, the annexation plan in the West Bank would be disastrous for Israel’s future security and fundamentally breach international law – a view shared by UK Conservative PM Boris Johnson. Israel, like the Australian Jewish community, is not monolithic; my concerns are shared by ordinary Israelis as well as many members of the Knesset.

Michael Gawenda is free to criticise me for things I’ve said and done (ironically, as editor of The Age, he didn’t consider me left wing enough!), but his assertions in this account are flatly untrue.