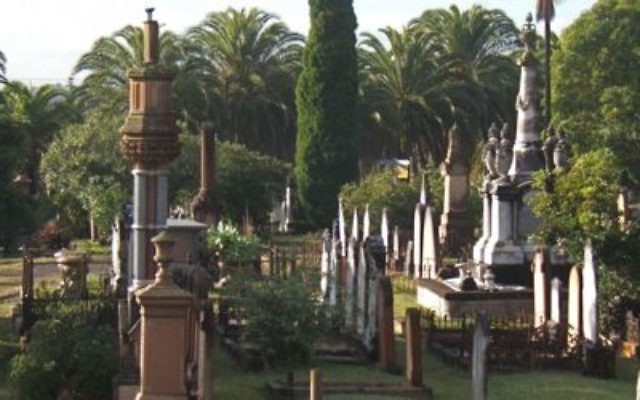 MARRIED couples who elect to be buried vertically in a single grave plot will pay 42 per cent less for their burials and gravesite under pricing just announced by the NSW Jewish Board of Deputies (JBOD) and Northern and Southern Metropolitan Cemeteries Trusts.

However, despite working with JBOD and the Sydney Beth Din last year to develop the new two-to-a-grave protocol, Rookwood Cemetery will not offer a discount.

Last week, JBOD president Jeremy Spinak acknowledged “the outstanding cooperation of the cemetery managers at Northern and Southern, who have worked closely with [JBOD cemeteries representative] David Knoll on behalf of the Board to negotiate this significant price reduction”.

“We are pleased to announce this significant price reduction for double burials under the protocol approved by the Sydney Beth Din,” she said.

The Northern Trust will also be releasing 30 additional Jewish graves at its Frenchs Forest site at Davidson.

Botany and Woronora cemeteries will also offer the same discount.

The start date for dual burials at Botany cemetery will be announced once the different burial depths for sandy soil and the use of a new technology for grave separation have been approved by the Beth Din.

Southern Metropolitan Cemeteries Trust CEO Graham Boyd has also announced the allocation of an additional 120 graves for Jewish burial at Woronora, to provide for the growing Wollongong-based Jewish community.

Boyd said: “David Knoll has been instrumental in making the needs of this growing community known to Woronora Memorial Park, and the provision of an additional 120 consecrated graves is located in one of the most pristine and beautiful areas of Woronora.

“These graves are currently being surveyed with special layout in accordance with the needs of the Jewish faith and community.”

Knoll told The AJN he hoped Rookwood would reconsider its position.