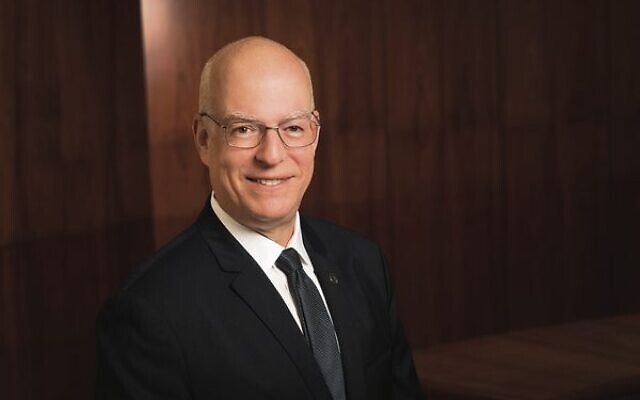 TEL Aviv University (TAU) is exploring the funding of scholarships for Australian students to attend the university for its new bachelor degree program, says TAU’s president, Professor Ariel Porat, who is visiting Australia.

Its newest international program, beginning in October, is a bachelor degree combining management studies in an entrepreneurship track with the humanities and social sciences, and taught fully in English.

Porat’s visit coincides with the relaunch of Australian Friends of Tel Aviv University (AFTAU) after the COVID pandemic. AFTAU is excited about proposals to finance scholarships for Australians to take these courses.

Porat told The AJN, “This is a long-awaited trip delayed two years by COVID. It hasn’t disappointed – and we have received a warm reception from old friends and new. I’m especially excited we are making great progress on our strategic goal to further internationalise the university with meetings with major Australian universities.”

The professor has been associated with TAU for 42 years, earning a law degree in 1983 and receiving a research doctorate in law six years later. His parents were both judges – his father served as vice-president of Tel Aviv District Court and his mother was a judge at the National Labour Court.

Porat joined TAU as a faculty member in 1990, serving as dean of the law school from 2002 to 2006 and chairing the university’s strategic steering committee from 2013 to 2014. He was appointed the ninth president of TAU in 2019.

He has focused on three primary goals – the continued internationalisation and globalisation of the university, multidisciplinary studies, and strengthening the university’s ties with biotech and high-tech industries in Israel.

AFTAU federal CEO David Solomon said that after a hiatus of more than two years, Porat’s focus on this trip has been to thank established supporters and demonstrate how important AFTAU is to TAU and to Israel. He said Porat would help in continuing the strategic internationalisation activities of the university, with initiatives such as exploring collaboration opportunities with leading universities including UNSW, University of Melbourne, and Monash, and discussing innovative scholarship projects for Australians.

“I’m delighted that the president is here in Australia to also help establish awareness of TAU among new audiences and the next generations, that is 25-to-35-year-olds and 35-to-55-year-olds,” said Solomon.