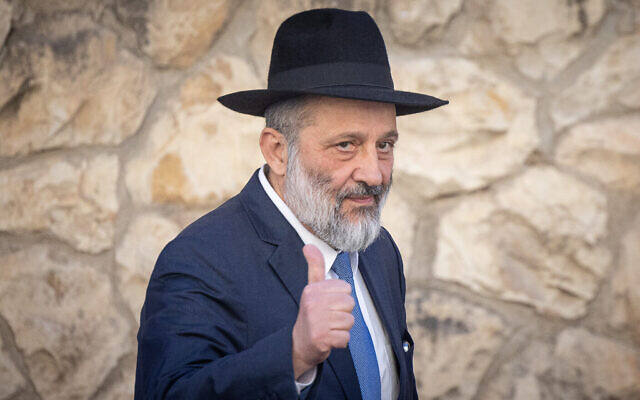 Some ministers in Israel’s government are demanding that Prime Minister Benjamin Netanyahu appoint Shas leader Aryeh Deri as alternate prime minister, according to Hebrew media reports Thursday, a day after the ultra-Orthodox party chief was disqualified by the High Court of Justice from serving as a cabinet minister over his repeated criminal convictions.

However, making Deri alternate premier is a long shot and implementing it would be complex and risky, since it could end with Deri being disqualified from serving even as a Knesset member.

The role of alternate prime minister was created in 2020 by Netanyahu and Benny Gantz for their short-lived power-sharing government and was also utilised by the subsequent government led by Naftali Bennett and Yair Lapid, which was replaced last month. Netanyahu and his new hardline government have vowed to nix the legal option of having an alternative prime minister, arguing that there should be only one national leader.

While Netanyahu might not be thrilled about the prospect of appointing Deri to a role he has sought to eliminate entirely, he is short of alternatives as the Shas head is refusing to be made Knesset speaker, instead demanding a higher-level role, according to Channel 12 news.

Appointing Deri to the position would require the government to pass a no-confidence motion against itself and form a new, power-sharing government. However, since the High Court has never ruled whether a convicted criminal can be appointed to the role, the matter is likely to come before the judges.

The court could condition the appointment on a Central Election Committee ruling on whether Deri’s tax offence conviction from last year — which earned him a suspended sentence in a plea bargain — carries “moral turpitude.” Such a designation would mean he can’t hold any public office for seven years.

In such a scenario, which is not unlikely, Deri would automatically cease being a Knesset member and be downgraded even further. 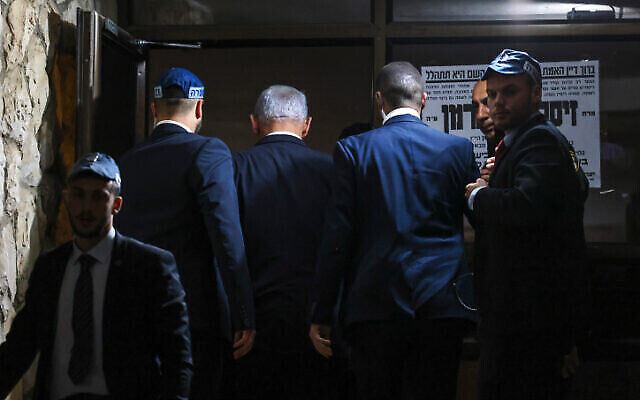 Prime Minister Benjamin Netanyahu arrives at the Jerusalem home of Shas leader Aryeh Deri after the High Court of Justice disqualifies the latter from serving as minister, January 18, 2023 (video screenshot)

“We will do everything to return Deri to the government table. But giving Deri [the role of] alternate prime minister won’t happen. We won’t go back to the days of two prime ministers. The State of Israel has only one prime minister and his name is Benjamin Netanyahu,” an unnamed MK from the premier’s Likud party was quoted as saying by the Kipa news site.

If Deri doesn’t resign his twin cabinet roles as interior minister and health minister, Netanyahu is legally required to fire him. In a brief letter to the prime minister on Thursday, Attorney General Gali Baharav-Miara ordered him to obey the court ruling, writing, “MK Deri cannot continue to serve as a minister in the Government of Israel… You must act in line with the legal ruling and remove [Deri] from his roles in the government.”

But according to associates of Netanyahu quoted by Maariv, Netanyahu will allow Deri to weigh his options and decide for himself which path to pursue. “Netanyahu is not pressuring Deri into anything. They have an understanding,” the unnamed sources said.

Deri himself has vowed to find away around the ruling, saying Wednesday that “if they close the door – we’ll come in through the window, if they close that – we’ll tear down the ceiling.”

Meanwhile, Deri has started weighing potential replacements for the roles of interior and health ministers.

According to reports, he is considering appointing Health Ministry Director-General Moshe Bar Siman-Tov as health minister. 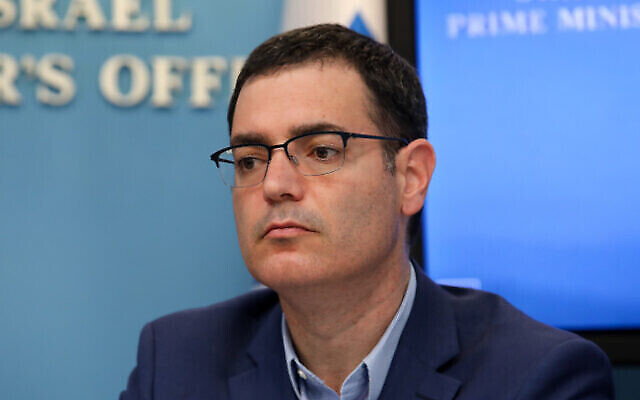 The Makor Rishon website on Thursday cited Shas officials who claimed that Deri’s position in the party actually improved after the High Court’s decision. “Deri is the unquestionable leader of the party and will continue to be so,” the unnamed officials said.

The High Court ruled Wednesday that Deri’s dual appointments as health and interior minister were “unreasonable in the extreme” in light of his recent and past financial crimes, and that Deri had misled a magistrate’s court into thinking he would retire from political life in order to evade a determination that his recent tax fraud conviction carried “moral turpitude.”

Deri was also convicted and incarcerated for taking bribes during a previous stint as interior minister in the 1990s.

A poll this month indicated that less than a quarter of Israelis support Deri’s appointment as minister. The Channel 12 survey found 65 per cent of respondents opposed it, 22 per cent supported it, and 13 per cent were unsure.

Michael Bachner and Tobias Siegal contributed to this report.