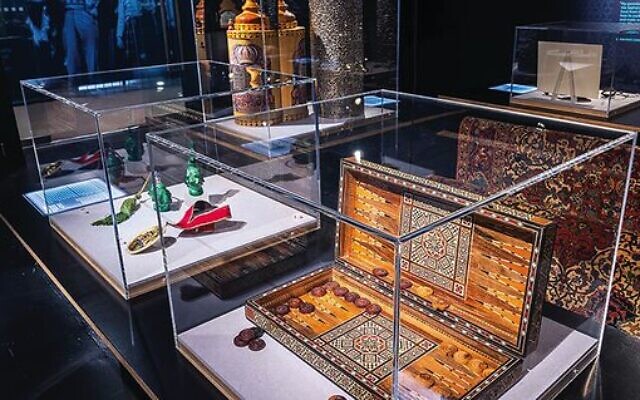 TO commemorate the plight of Jews from Arab lands and Iran – marked around the world every November – the National Council of Jewish Women of Australia (NCJWA) NSW division presented musical One of a Kind.

In partnership with JewishArts, the Sydney Jewish Museum, Yallah! Mizrahi, Sephardi Young Adults Sydney and the Sephardi Mizrahi Jewish Voices, the musical and commemorative event honoured the story of the migration of Egyptian Jews to Australia.

Co-writer, producer and co-director Aaron Robuck said, “These characters come from a community of wealth and beauty, deported from their homes in Egypt with essentially nothing – but wearing lavish fur coats with expensive jewellery sewn into the seams.

“The difficult construction of new identities as individuals and as a family in Australia makes this a fascinating … story to tell.”

The story follows the Rossano family, who had helped build the Egyptian cotton industry and are pillars of the Sephardi community in Alexandria. They lose their wealth when forced to flee with two suitcases and 20 pounds each.

The tragic circumstances set in motion the unravelling of the family patriarch, who eventually finds refuge for his family in Australia, but must face a challenge to his sense of identity.

“This musical has been in development for over 10 years,” said founding director of JewishArts and co-director of One of a Kind, Judy Campbell. “The creative process has been very satisfying, and musically interesting, incorporating sounds and motifs of the Middle East, musical theatre styles and even a hint of jazz.”

Local Jewish Egyptian Australians were consulted throughout the production’s development, including Dinah Danon, who arrived in Australia from Egypt in 1951 and will speak at the event.

It is estimated that one quarter of Sydney’s Jewish community has Sephardi or Mizrahi roots, almost half of them in Egypt.

A display of photographs, artefacts, books and elements of the Sydney Jewish Museum’s Jews from Islamic Lands exhibition will also feature at the event.

In 2014 Israel’s Knesset designated an annual National Day of Commemoration for the 850,000 Jewish refugees who were displaced from Arab countries and Iran in the 20th century. A communal commemoration has been held in Sydney each year since.