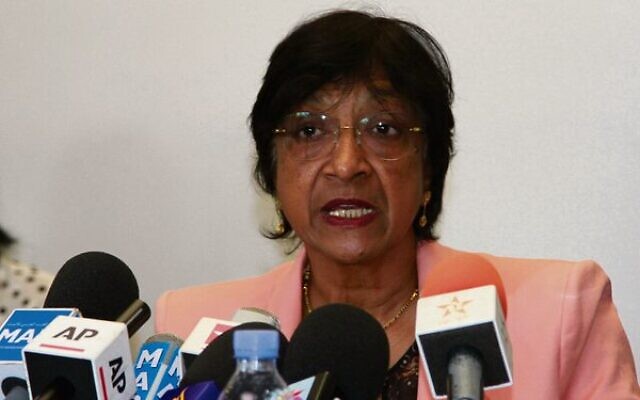 THE Albanese government has condemned the UN Human Rights Council’s (UNHRC) “disproportionate scrutiny” of Israel after a scathing report issued by the Commission of Inquiry (COI) it established.

Confirming Canberra does not support Israel being the only country subject to a permanent item at the HRC, Webster said Australia “does not and will not engage in Item 7 [the Israel agenda] of the council’s debate”.

“We agree that settlements remain an obstacle to peace and contribute to the impasse we now see, but the report does little to assuage our fundamental concerns about the COI’s mandate,” she said. “Its broad and one-sided recommendations are further evidence of the mandate’s excessive and one-sided scope … Sadly, the current report does little to advance the cause for peace.”

Executive Council of Australian Jewry co-CEO Alex Ryvchin stated, “By any standard of justice, the commissioners should have recused themselves from serving or been swiftly removed once their prior positions on Israel became known. The commission serves a very precise function. Its reports provide the fodder for new campaigns that will make their way into political parties, including our own, where anti-Israel elements will cite these findings to demand still more pro-Palestinian policies, no matter how repellent or irrelevant to Australians.”

Zionist Federation of Australia president Jeremy Leibler stated, “Through omissions, obfuscations and a lack of context, the report defies the reality on the ground for the purpose of delegitimising Israel. The commissioners have long been antagonistic toward Israel. Indeed, it is clear that this was a key criterion for being selected for this role. In any other forum, they would have been disqualified for obvious conflicts of interest.”

The report “only confirms what the US, Australia and other western countries have been saying all along: This commission should never have been established”.