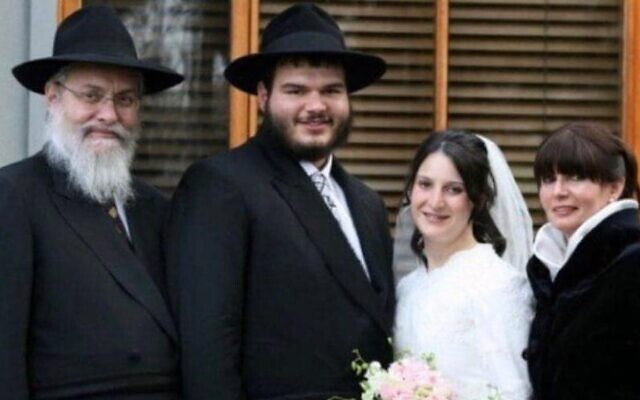 THE Australian Jewish community is being urged to pray for a miracle after it emerged that a couple who lived in Australia for nearly two decades are among those missing in the Florida apartment collapse disaster.

Tzvi and Itty Ainsworth, aged in their 60s, are among 150 people, dozens of them Jewish, still unaccounted for following last Thursday’s collapse of a 12-storey oceanfront apartment building in Surfside near Miami.

Relatives across the world have called for “urgent prayers” for the well-known and much-loved couple, saying “all of our hearts are bleeding”.

“Please pray. We are believers, the sons of believers. We need a miracle,” they wrote.

Speaking to The AJN on Wednesday, Rabbi Nochum Schapiro, president of the Rabbinical Council of NSW, said the entire community was rallying behind the family.

“There really are no words to express the pain that the community feels in relation to the entire tragedy and of course the two special people that we know and love,” an emotional Rabbi Schapiro told The AJN.

“We as Jews know the adage from the Talmud that even if a sharp sword is hovering over your neck, do not stop begging for mercy.

“And so the community is urged to pray, to say tehillim, and to do mitzvot so that a miracle happens.”

Jewish House posted a statement on Facebook on Tuesday night saying its “prayers and thoughts are with the victims and the families of the Florida building collapse”.

“Sadly one couple who lived in our community for many years were in the building with this tragic event,” Jewish House said.

“We encourage people to recite Psalm 20 and give money to charity in their honour.”

The AJN’s thoughts and prayers are with the Ainsworth family at this time.