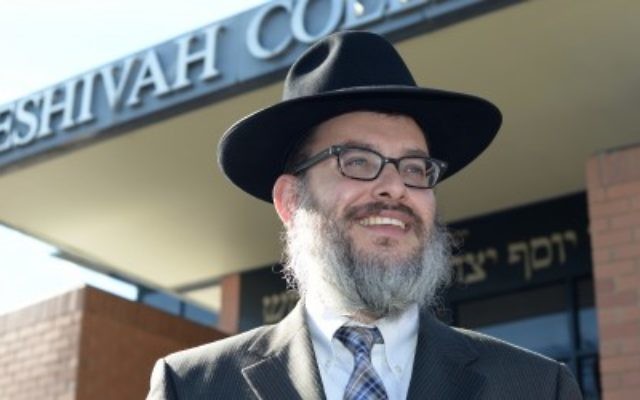 THE AJN understands that Yeshivah and Beth Rivkah (YBR) principal Rabbi Yehoshua Smukler is on the brink of leaving the school.

Parents, teachers and the community is gathering around Rabbi Smukler to try and keep him.

But talks between the rabbi and the board have deteriorated after mediation last week to try and resolve issues that were raised at the Royal Commission into Child Sexual Abuse last month have failed.

One said: “He is the best thing that has happened to this school and he can’t leave”.

Another said that they couldn’t believe the situation.

“How did it get to this,” the teacher said.

“He’s great and everyone loves him.”

A parent has hit out at the Committee of Management (COM) on Facebook and asked people to help save Rabbi Smukler.

“Given the stance taken by the COM and the compromised position he has been put in – who could blame him?” the parent posted.

“How can only a handful of people hold the entire YBR parent community and schools to ransom,” he said referring to the COM.

“We must do everything we can to show Rabbi Smukler our support and make sure he stays!”

Rabbi Smukler was a shining light at the royal commission.

He delivered a heart-felt apology and said the school should pay for counselling for those effected.

Rabbi Smukler is in school and has not spoken to The AJN.

Talks are continuing between the COM and Rabbi Smukler.